The D&D Adventurers League is a great way for players and Dungeon Masters to find new people to play with while interacting with the ongoing storylines published in adventure books released by the D&D team. If you are new to the Adventurers League and would like to know more, check out dndadventurersleague.org. That page has everything you need to know to get started! 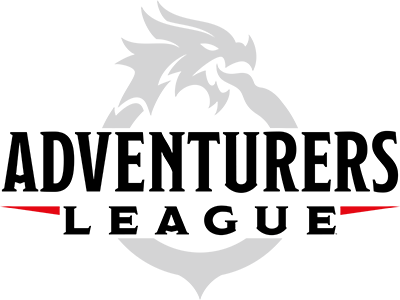 I’ve never been more proud of the Guild Adepts as they work furiously to bring Eberron fans everywhere one of the MOST exciting adventure series yet crafted for the setting. They are the epitome of collaborative creativity as a group of individuals that work with each other virtually, spanning the world from North America to the UK to Australia. I honestly can’t wait to reach out to EVERY corner of the world where D&D fans come together to add even greater cultural diversity of masterful fandom to this extremely talented cadre. And now… a few words from the acting editor of this project, James Introcaso.

“The Last War has ended - sort of.” To me, these are Keith Baker’s most important words in the Eberron Campaign Setting first published in 2004. They evoke the intrigue, action, and tension that make Eberron one of the game’s most unique settings. This statement sets the mood for a neo-noir story unlike any other.

The Dungeon Masters Guild Adepts are pleased to announce a new D&D Adventurers League storyline set in Sharn. Embers of the Last War is a twelve-adventure campaign that sees the characters face off against governments, criminal organizations, and dragonmarked houses while attempting to uncover a mystery that could reignite the Last War. The adventures take place in Eberron’s story-rich City of Towers, a place filled with magic, secrets, and shadowy thrills.

DDAL-ELW00: What’s Past is Prologue will be available September 21st on the DMs Guild, with the others releasing every Friday in order. Uncover the mystery of Embers of the Last War in these upcoming 4-hour adventures.

On a dark and stormy night, the characters discover a dead body in Sharn’s wealthiest district… just as the Sharn Watch arrives! To clear their names, the characters must hunt the real killer through the mean streets of the City of Towers.

The trail of a stolen letter leads the characters to an extravagant party thrown by Sharn’s most powerful criminal family. At this ball, the wrong dance step means death!

To crack a secret code, the characters trace the gnome who formulated the cipher. When they learn he’s been imprisoned in a high-security compound, they launch the jailbreak of the century to bust him out.

Caught between House Phiarlan and a criminal syndicate, the characters delve into the city’s underworld to discover who’s hiring killers for their dirty work. Things get out of control fast – and what could be faster than the high-speed lightning rail to Thrane?

DDAL-ELW05: Against the Lightning by Will Doyle (Tier 2; Optimized for 5th-level characters)

An assassin’s trail lures the characters into a lethal deathtrap. But who wants them dead... and why? In the City of Towers, the person holding all the answers is usually the one holding the dagger to your back.

When the Church of the Silver Flame visits Sharn’s finest inn, it’s a chance for the characters to infiltrate and ask hard questions. But they’re not the only ones looking for answers.

What secret cargo is House Cannith hiding in an airship bound for Aundair? A simple heist at 30,000 feet turns deadly when a new threat rises out of the Mournland!

One of Sharn’s most influential figures is hiding something… inside a House Kundarak vault. To acquire the answers they need, the characters must break into one of Sharn’s most secure locations AND get out alive.

Sharn’s undercity, the Cogs, hides a devastating secret that could reignite the Last War. As agents of the Lord of Blades tighten the noose around the characters’ necks, the characters search for the entrance to a hidden forge.

As the embers of the Last War ignite across the City of Towers, House Deneith enlists the characters to uncover a terrorist base of operations and storm the compound before it’s too late.

In a secret lab beneath the city, the characters face mechanical horrors and an even more dangerous truth. To survive, they must make a choice that impacts all of Khorvaire!

Each of these adventures can now be played with the soon to be AL-legal Encounters in Sharn to help fill the gaps and make a customizable story unique to your table.

The incredibly talented Rich Lescouflair will provide layout for the series, with art provided by Wizards of the Coast. Once all the adventures have been released, we’ll compile them in a single tome you can purchase as print-on-demand product.

Good luck flying through Sharn. You’re going to need it.

James Introcaso, editor of the Embers of the Last War storyline