The most recent D&D book, The Wild Beyond the Witchlight, features two new playable races and a gaggle of Feywild monsters and NPCs. In this installment of Sage Advice, I talk about some of the rule evolutions present in those new options. I’ll start with the stat blocks and then visit the new races.

Over the past year or so, we’ve been refining the D&D stat block to make it easier to use and to improve how DM-controlled creatures function in play. The following sections describe the main changes we’ve made. You can find these changes in The Wild Beyond the Witchlight, as well as in Fizban’s Treasury of Dragons, Strixhaven: A Curriculum of Chaos, and Mordenkainen Presents: Monsters of the Multiverse.

Creature types are now always capitalized. We’ve made this change so that it’s easier to tell in our rules when we’re talking about a monster of a certain type (a Giant, for example), rather than using a word in its normal sense (“She was a giant in the bard community”).

We’ve also gotten strict about which monsters get the Humanoid creature type. This type is now reserved for creatures who are humanlike in their moral and cultural range. As we update older books, we’ll reassign some Humanoids to other creature types. When Monsters of the Multiverse is released, you’ll see that some former Humanoids are now Monstrosities, Fey, and other types.

Alignment had a time out in the stat blocks of Candlekeep Mysteries and Van Richten’s Guide to Ravenloft. We omitted alignment in those books as a temporary measure, giving us time to determine how to handle alignment going forward. Now that we’ve done that work, alignment returns in The Wild Beyond the Witchlight and appears in all our other upcoming books as well.

Both books are clear about the player and the DM having the final say on alignment, but both books also plant a seed of doubt. The Player’s Handbook suggests alignments for various folk in the D&D multiverse, and the stat blocks in the Monster Manual include alignments without reminding the DM that those alignments are merely suggestions.

To eliminate that seed of doubt while preserving alignment’s function as a roleplaying tool, we’ve made the following changes:

Occasionally a creature has a tag—Elf, Goblinoid, Titan, or the like—that identifies an important detail that doesn’t appear elsewhere in the stat block. We’ve begun introducing new tags, which some rules now reference, allowing us to create fresh ways for creatures to interact with the game’s system. For example, some creatures now include a tag that is the name of a spellcasting class, such as Cleric, Druid, or Wizard, and Monsters of the Multiverse includes a rule that says such a tag means the creature counts as a member of the named class for the purpose of magic item attunement.

This new section makes it easier for a DM to spot bonus actions when running a creature, which previously hid among a creature’s traits near the top of the stat block.

Since 2014, spellcasting creatures have tended to have the Spellcasting trait, the Innate Spellcasting Trait, or both. Starting in 2021, we have merged those two traits into an action called Spellcasting. That action now appears in the “Actions” section of a stat block, and it has a few important qualities: 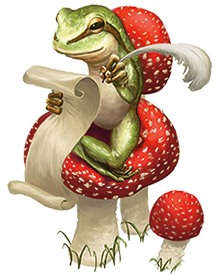 Creature types don’t have rules themselves, but some rules in the game affect creatures of certain types in different ways. For example, the cure wounds spell doesn’t work on a Construct or an Undead.

New character races don’t have the Ability Score Increase trait that Player’s Handbook races have. The new races instead rely on a special character-creation rule that allows a character to increase one ability score by 2 and another score by 1 or to increase three different ability scores by 1. The lack of the Ability Score Increase trait helps make your choice of race and your choice of class independent from each other, broadening the types of characters we’re likely to see at the game table.

New character races lack an Age trait. We instead now provide the following text about a character’s life span: “The typical life span of a player character in the D&D multiverse is about a century, assuming the character doesn’t meet a violent end on an adventure. Members of some races, such as dwarves and elves, can live for centuries.”

Previously, the text of a character race suggested an alignment for your character. Newer races contain no such alignment suggestions, since a character’s alignment is entirely under the purview of the player.

Some new races, including the harengon, let you choose whether your character starts Medium or Small, reflecting the fact that some races contain an especially broad range of builds. You’ll see this choice in other races in the future.

Also, rather than suggesting height and weight in a race, we provide the following text: “Player characters, regardless of race, typically fall into the same ranges of height and weight that humans have in our world. If you’d like to determine your character’s height or weight randomly, consult the Random Height and Weight table in the Player’s Handbook, and choose the row in the table that best represents the build you imagine for your character.”

The new races lack traits that are purely cultural, so they don’t include a Languages trait. Instead, new characters start knowing Common and one other language that you and your DM agree is appropriate for your character. 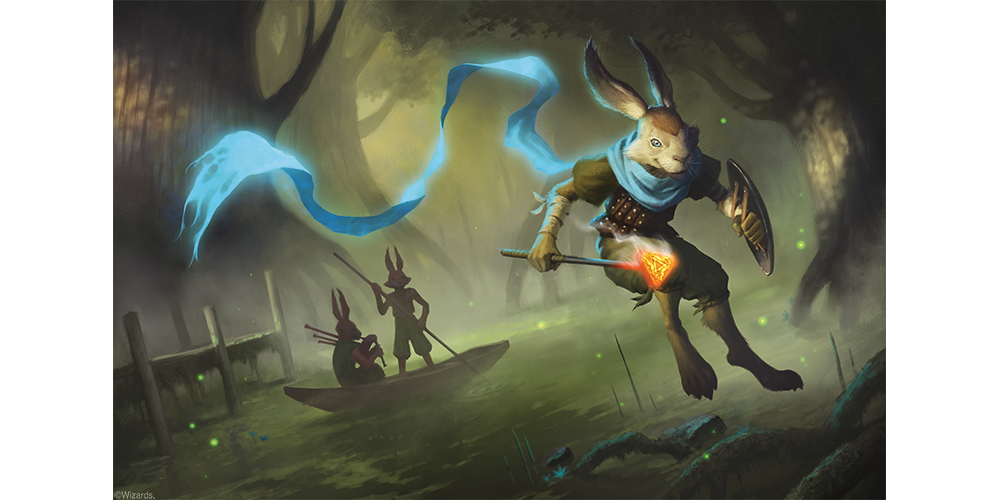 When a harengon uses Rabbit Hop, does the trait’s jump expend movement? The Rabbit Hop trait lets a harengon jump as a bonus action, and that jump doesn’t consume any of the harengon’s normal movement. That fact is why the trait has a limited number of uses between long rests. If you compare the wording of Rabbit Hop to the wording of the long and high jump rules in the Player’s Handbook, you’ll see that those rules explicitly expend movement, whereas Rabbit Hop doesn’t.

Curious how certain rules are intended to work in D&D? Check out the game’s FAQ, the Sage Advice Compendium. The compendium also includes links to errata PDFs for some of the game’s books.