Starting on Monday, July 11th, you can tune-in and watch the episodes of the new weekly Dungeon & Dragons series, Force Grey: Giant Hunters, on the Nerdist YouTube channel. Co-produced by Legendary Digital, this hysterical series brings together an unlikely all-star cast of actors and comedians as they preview the new Storm King’s Thunder adventure, releasing fall 2016. The Force Grey cast will dive into a preview of the new D&D storyline and entertain fans by taking on the mantle of a team of do-gooders from the Forgotten Realms!

Look for new episodes every Monday on the Nerdist YouTube channel!

Meet the heroes of Force Grey:

Chris Hardwick, founder of Nerdist and host of Talking Dead and @Midnight, will be joining the party to play the bookish elf wizard, Whil.

Whil Wee-tawn (Sun Elf Wizard) feels like a stranger in this quaint, backward land of Faerûn. He would spend his days and nights reading books were it not for the gentle prodding from his pseudodragon companion, Marissa. She goads him to venture forth, explore the world, and discover new things. Now he finds himself among companions in dire need of his intelligence and boundless patience. 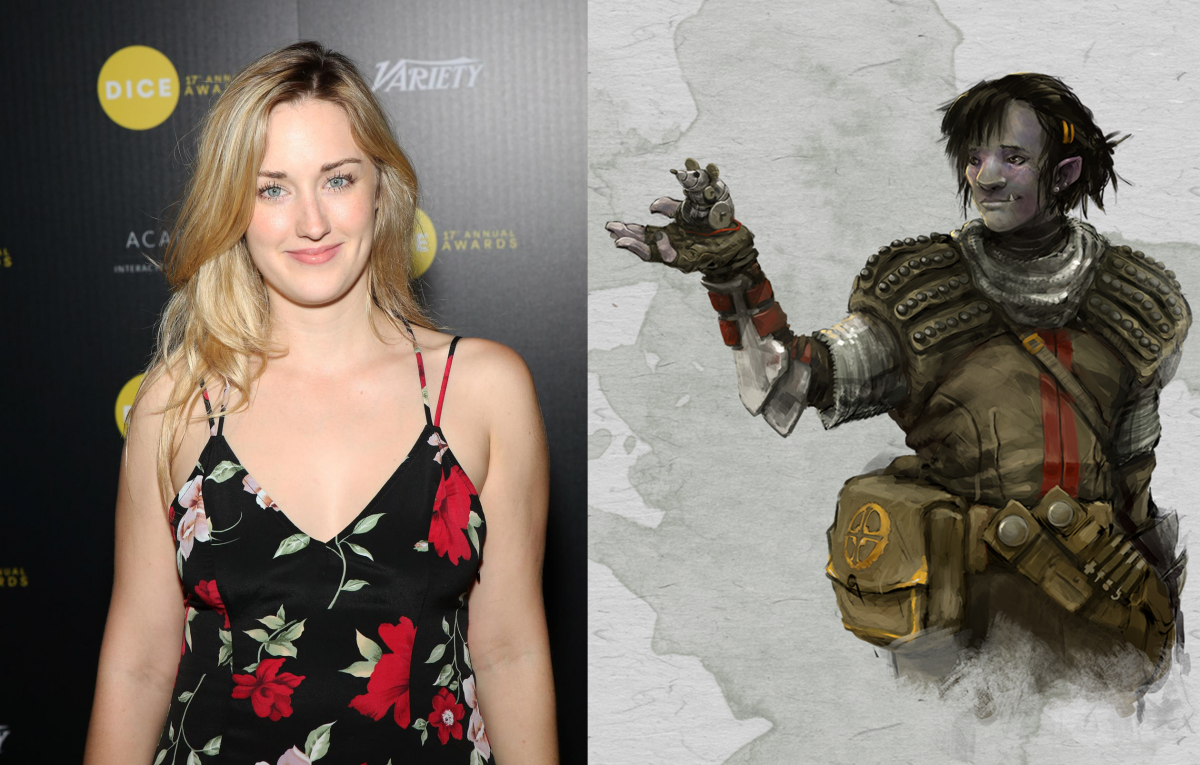 Ashley Johnson, known for her roles on NBC's Blindspot and Geek & Sundry's Critical Role, will take on a new persona as a half-orc cleric.

Dagny Halvor (Half-Orc Cleric of Gond). A worshiper of the god of craft, Dagny has a mind for gizmos and gadgets that can build all sorts of tiny clockwork automatons. Dagny survives on her wits, so her adventuring gear is tailor made, everything from her modifiable flail, to her collapsible staff, to her holy symbol that is a multi-tool. As a cleric of Gond, Dagny not only fixes machines but also people. 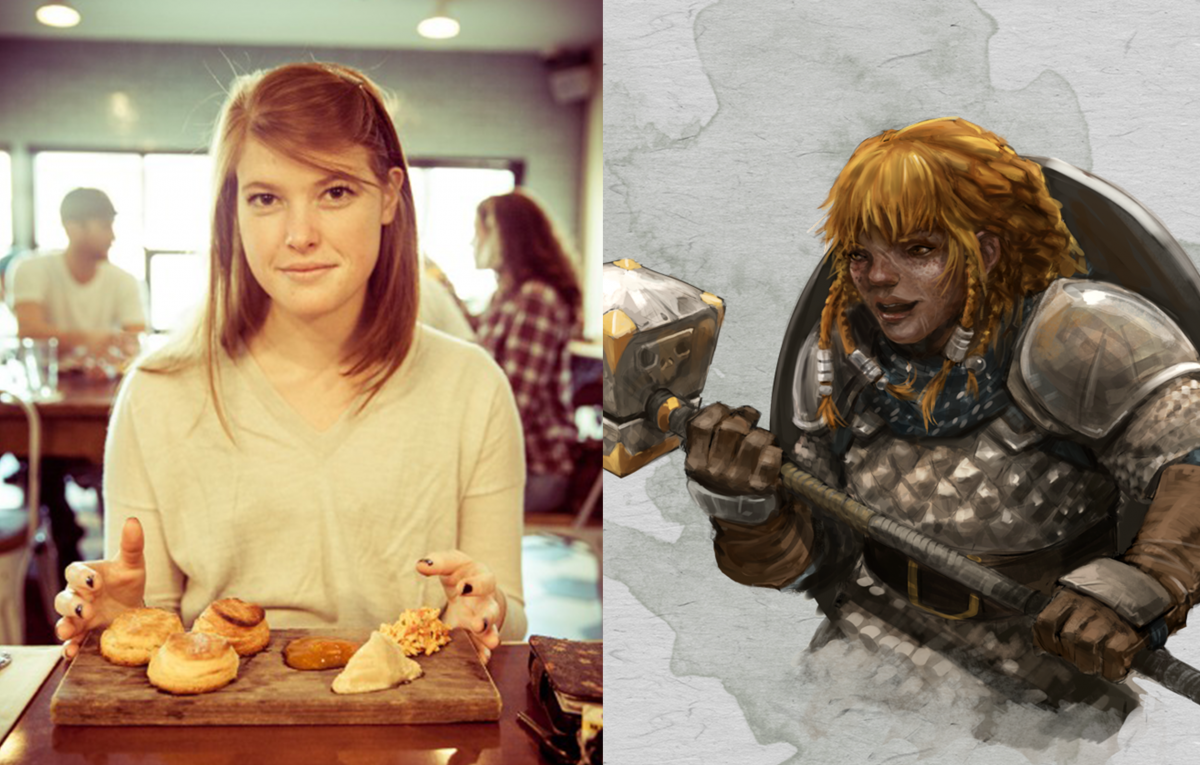 Comedian and writer Shelby Fero (Key & Peele) will be playing a dwarf fighter with a floating shield and a crippling fear of heights.

Brawlwin Chainminer (Dwarf Fighter) is a proud descendant of the Delzoun dwarves and hails from a long line of giant-slayers based in Waterdeep. The stability she craves is jeopardized whenever her old friend Hitch shows up, and Katya has helped him out of many sticky situations. Although her roots in the city run deep, Katya longs for adventure from time to time, and maybe slay a giant or two while she’s at it. 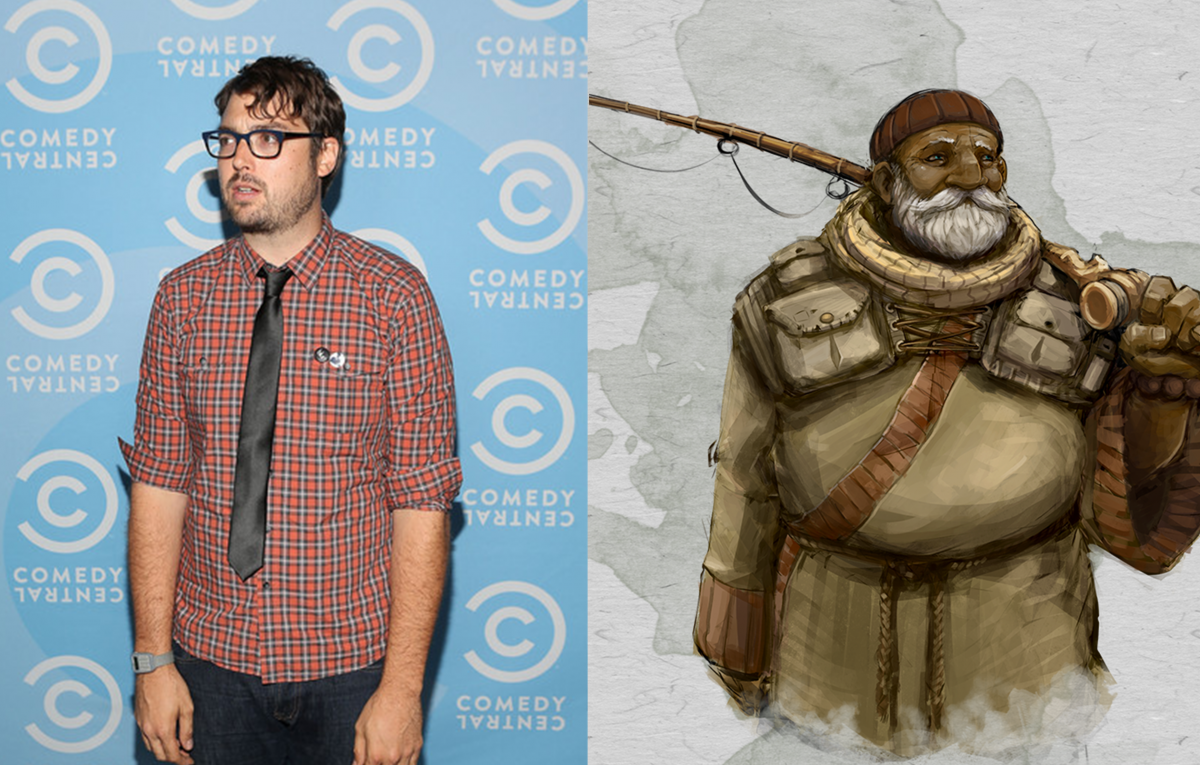 Jonah Ray, host of The Meltdown with Jonah and Kumail on Comedy Central, Hidden America and the new MST3K is playing a wise old monk who has a fishing metaphor for every occasion.

Joppa (Human Monk) has an appreciation for the deeper meaning of life. Or he is a simpleton. No one can really tell. A fisherman extraordinaire, he has learned much by watching the rivers and tides, and by studying the fish that elude his lures. Quick to make friends and slow to make enemies, Joppa is happiest while sharing the benefits and techniques of proper fishing. 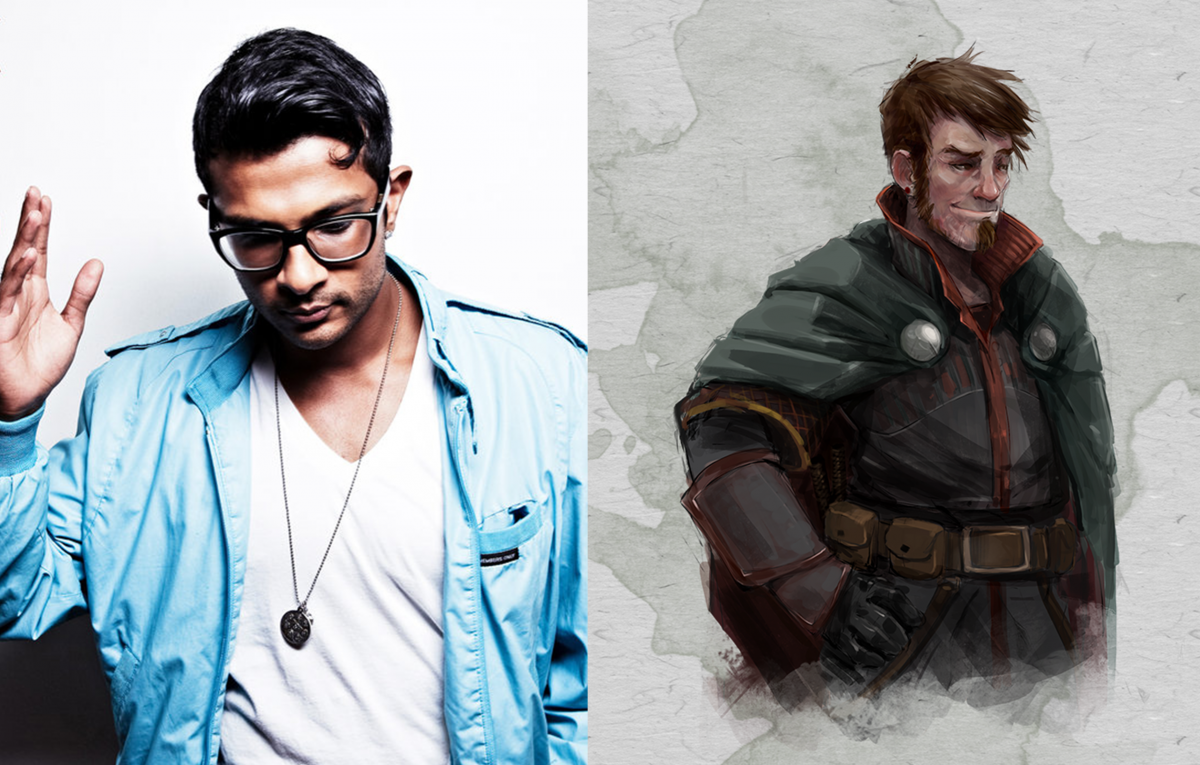 Hitch (Human Rogue) started off life on the wrong foot and the wrong side of the wagon tracks. He tries to keep two steps ahead of his shady past, avoiding run-ins with the Zhentarim and other nefarious acquaintances. With his quick wit and roguish charm, Hitch plans to somehow land on his feet, on a pile of gold, with a treasure map in each hand, but until then he needs all the friends he can get.

Brian Posehn (The Sarah Silverman Program) is a long-time D&D player who hosts his own D&D games on the Nerd Poker podcast and he joins the group playing against type.

Calliope (Half-Elf Bard) was raised on a pirate ship, and yes, that’s an excuse for her volatile behavior and colorful language. She’ll sing you a song, but you better listen or she’ll smash you with her lute. Calliope loves disguises and unravelling mysteries. Calliope can’t resist the lure of adventure or making new enemies, but it’s her friends who serve as the family she never had. 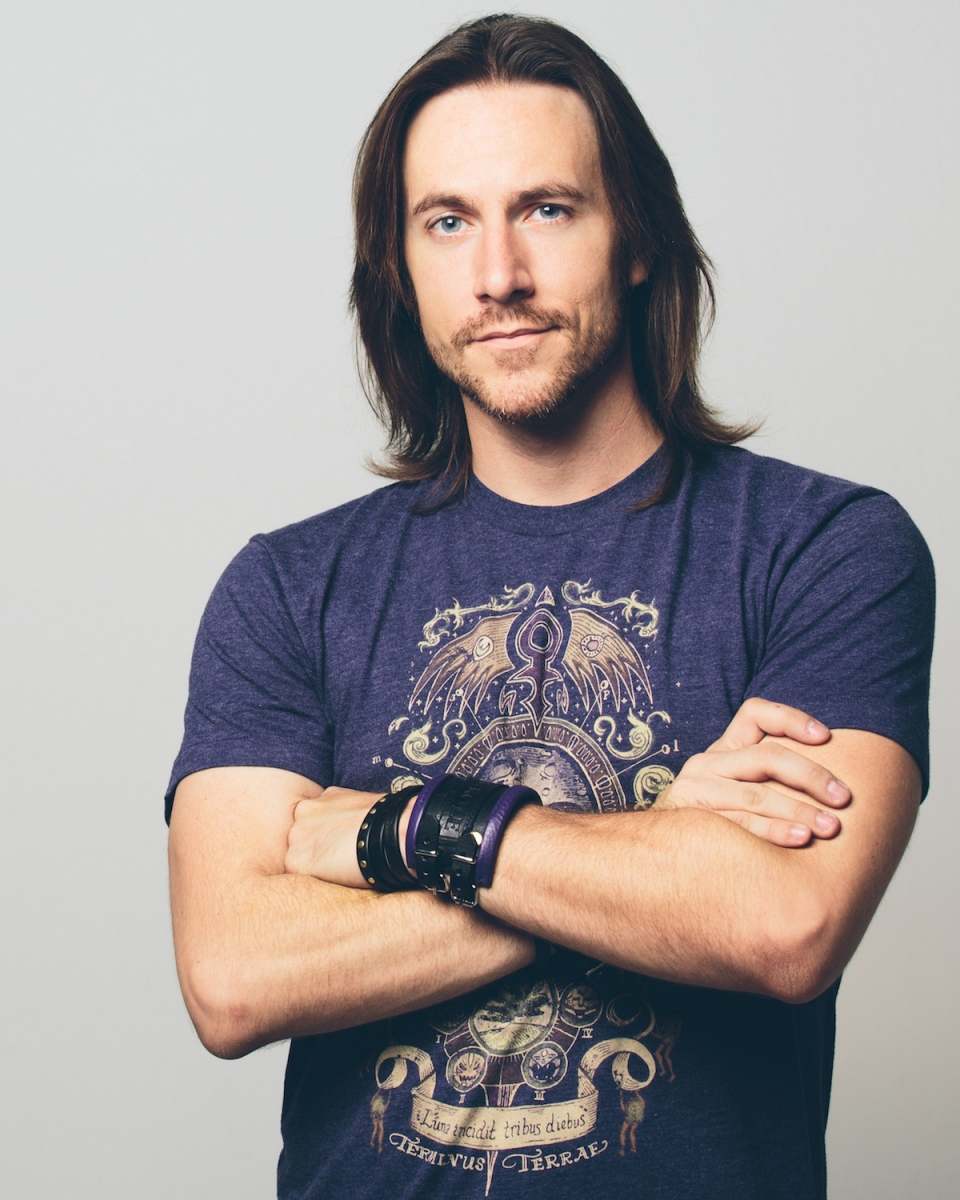 Matthew Mercer, veteran voice actor and leader of the popular series Critical Role, will be the Dungeon Master after working hand-in-hand with the team at Dungeons & Dragons to develop the adventure.