In this special bonus edition of Dragon Talk, we're joined for an interview by Extra Life donor and Dungeon Master Nick Roth! Be sure to catch the debut of Nick's new show, Twitch At The Table on February 23rd at 3pm EST! 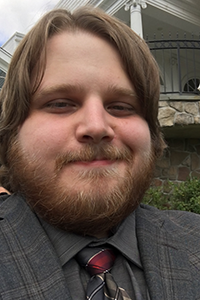 Nick Roth aka NickTheDM has played Dungeons & Dragons for roughly as long as he could read. He runs an annual D&D Marathon for Extra Life called "The Goon Platoon". Over the last 5 years they've raised over $8000 for Children's Miracle Network Hospitals. He is announcing a show called "Twitch at the Table" that is meant to be the meeting point between a Live-Play D&D game and a Choose-Your-Own-Adventure book. It is pretty much a livestreamed D&D game where the collective will of Twitch Chat controls one of the player characters in one-shot adventures.

You can find Bill on: