We start the show with a quick look at the latest D&D news and when you can get your hands on all the new products coming your way in the next two months! Monster Madness, Laeral Silverhand's Explorer's Kit, and of course Explorer's Guide to Wildemount. Afterwards, Shelly welcomes in Jeremy Crawford for a special edition of How To DM focusing this week on Table Etiquette. In our special interview, we talk all things Wildemount with Matthew Mercer and Chris Perkins! 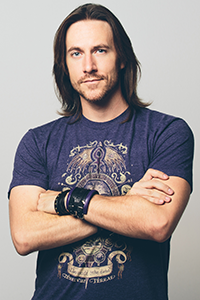 Matthew Mercer is a Los Angeles-based actor/voice actor known for his roles in animation and video games such as McCree in Overwatch, Cor in Final Fantasy XV, Jack Cooper in Titanfall 2, Yusuke in Persona 5, Deadshot in Injustice 2, MacCready in Fallout 4, Leon Kennedy in Resident Evil 6, Resident Evil: Damnation, and Resident Evil: Vendetta, Captain Levi in Attack on Titan, Aloth & Edér in Pillars of Eternity, Gangplank and Kindred (Wolf) in League of Legends, Rexxar, Nefarian, and Ragnaros in Hearthstone, Rehgar and Ragnaros in Heroes of the Storm, Cicero Gavar in Masquerada: Songs and Shadows, Chrom in Fire Emblem: Awakening, and many other projects you are welcome to look up online. Matthew is also the Dungeon Master for the hit Twitch show Critical Role on Geek & Sundry, where he runs a group of other accomplished voice actors through a campaign of Dungeons & Dragons.