As always, Greg makes sure we’re all up to date on the latest D&D news and gives some extra behind the scenes insights including D&D Live 2020. Afterwards, we are joined once again by our own Kate Welch for another edition of Random Character Generator! This week, we are dealt a forest gnome bard, Nysany Miggledy. Our special guests this week are narrative designers behind Realty RP, Elisa Teague, Sharang Biswas, Ryan Omega and Mink Ette! 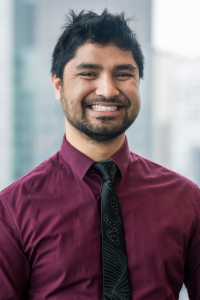 Sharang Biswas is an NYC-based game designer, writer, and artist, specialized in analogue games, interactive fiction, and participatory theatre. He has designed experiences for clients such as the Museum of the Moving Image, the Ford Foundation, and the Magic: The Gathering team, and exhibited games for institutions such as the Manhattan Borough President's Office, the Institute of Contemporary Art in Philadelphia, and The Toronto Reference Library. 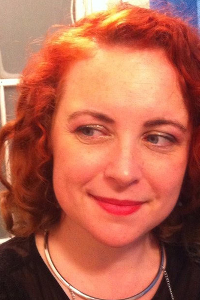 Mink Ette is an award-winning escape room designer living in London. She's designed escape rooms across the world with her company Oubliette (ooo-blee-et) both independently and for brands, including The Good Omens Escape Room for Amazon Prime Video, the only official Walking Dead escape game, and The Wicked + The Divine Live Experience for Thoughtbubble Comic Con.

Before Escape Rooms, she was an in-house boardgame designer for Hasbro and before that she was alternate Reality Game designer with Six to Start. She is currently joint project lead on Reality RP for D&D Live, and is design coach for Kieron Gillen on his RPG tie-in to his comic DIE. She is a sporadic podcaster, currently working on a series about Escape Room design following on from previous series, 'Fun Times With Great People' where she interviewed games makers on their non-games passions that influence them and 'Table Top Top Table' where she ranked board games by arbitrary categories alongside writer, Charlie Fish. Her coolest contribution to contemporary culture is that she designed the audience masks for Punchdrunk's immersive theatre show 'Sleep No More'. 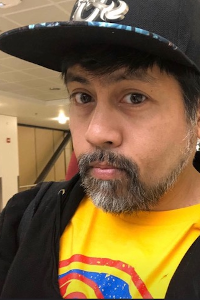 Ryan Omega is a livestream and podcast producer, talk show host, director, and tabletop gaming player on several livestream shows. He hosts the podcast “Life. Action. RolePlay! A LARP podcast” which is now a Twitch channel, LifeActionRolePlay, and a live talk show. He is the creator and Storyteller for Blank Slate, a show on the Twitch channel, Scabby Rooster, an original BlackBox Livestream LARP; is a storyteller for the LARP “Hollywood Forever,” and has played and ran LARPs since 2000.

On the D&D Twitch channel, he’s created and run the mini-series “Arcana High” under Maze Arcana, played the Chultan doctor wizard, Dr. Imporo Malekafi, in the show "Fury’s Fate,” and the tiefling playwright, Viscion Quarrix, in the show “Broken Pact” on Saving Throw. On Scabby Rooster on “Total Party Killz", he plays Cathexor, the Beholder sorcerer with an obsession for building the perfect gaming library. In the past, he has been an event producer for the Labyrinth Masquerade Ball in Los Angeles for several years, special events at the Los Angeles County Museum of Art, and the 20th Anniversary of Evangelion concert at Anime Expo. Most random facts: He has directed Stan Lee on a project, LARPed with Jeff Goldblum, and he is one of the reactors on the React channel for FBE on YouTube. 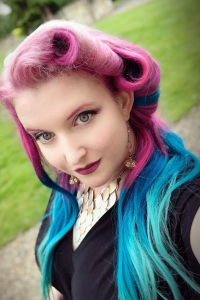 Elisa Teague is a tabletop board game and RPG designer, with over 100 titles that she has worked on, including the role as lead designer of Betrayal at House on the Hill: Widow's Walk, the Geek Out! line of party games, Talisman: Kingdom Hearts, the Apocrypha Adventure Card Game, and the brand-new Wardlings 5e Campagin Guide. She is also the author of Girls on Games: A Look into the Fairer Side of the Tabletop Industry. In addition to Wardlings, Elisa has written numerous adventures for D&D and other RPGs, including two Competitive Epics for Gary Con 2017 & 2018, the opening season Epic "Liar's Night" which premiered at Gamehole Con in 2019, and the Stream of Many Eyes for D&D Live 2018. She is also one of the lead writers on the upcoming Werewolf 5th Edition book due out in 2021.

Elisa is also a puzzle designer, one of the lead creatives on the Maze of Games puzzle book, designer of numerous escape rooms and ARGs worldwide, environmental and line puzzle games for major theme parks, and the puzzle designer of the "No Stone Unturned" ARG that led up to D&D Live 2018. She is known for her puzzle content integration in her RPG work and board games, as well as her actual play professional DM work both on livestreams and in-person conventions and exclusive events worldwide. Her coolest  contribution to contemporary culture is designing a language system for one of the world's largest sci-fi franchises, but she is always striving to outdo herself by taking on the best projects possible.