Greg & Shelly talk Icewind Dale: Rime Of The Frostmaiden, Betrayal at Mystery Mansion and what they are currently binging on Netflix! Later in Lore You Should Know, Ari Levitch returns for a look at more gods of Theros, this week focusing mostly on Heliod. Our special guest this week is award winning author, puppeteer and voice actor Mary Robinette Kowal!

09:01: Lore You Should Know with Ari Levitch 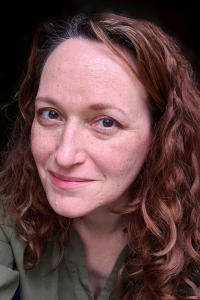 Mary Robinette Kowal is the author of The Glamourist Histories series, Ghost Talkers, and the Lady Astronaut series. She’s the President of SFWA, part of the award-winning podcast Writing Excuses and has received the Astounding Award for Best New Writer, four Hugo awards, the Nebula and Locus awards. Her stories appear in Asimov’s, Uncanny, and several Year’s Best anthologies.

Mary Robinette, a professional puppeteer, also performs as a voice actor (SAG/AFTRA), recording fiction for authors including Seanan McGuire, Cory Doctorow, and John Scalzi. She lives in Nashville with her husband Rob and over a dozen manual typewriters.