Article Gabe Hicks, How To DM with Rob Gruber

Greg and Shelly talk Theros, The Great Dalmuti and Curse Of Strand Revamped in our opening news segment! Afterwards, Shelly is joined by Rob Gruber for another edition of How To DM. Rob is the owner and operator of Good Times Games and the creative force behind one of the largest, longest standing in store D&D programs in the world. Our special guest this week is designer, cosplayer and voice actor, Gabe Hicks!

Dragon Talk: Gabe Hicks, How To DM with Rob Gruber 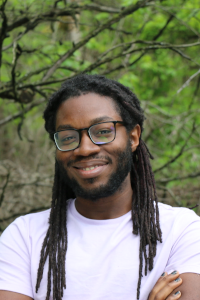 Designer, cosplayer, and voice actor, Gabe Hicks has been in the D&D Community as both a PC and DM. He focuses on emphasizing how to be both a good player regardless of which seat you're in and the beauty of creating new experiences together.

Gabriel has been on multiple different D&D streams and even influenced coming up with new ideas like weather systems or character creation options. He is also a digital designer working on Hidden Treasures which has a lot of inspirations from Dungeons and Dragons. A goblin dating simulator with rolling aspects that mirror D&D has become even bigger than he ever expected. He also hosts Mythic Grove, a streaming channel and place to discover new 5e supplements. 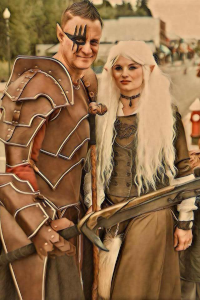 Rob Gruber is the owner/operator and creative force behind one of the largest, long standing, in store D&D programs around the world. The Heroes of Hawethorne kids program and Ladies of Hawethorne women's campaigns have drawn players from 5 to 80 years old and introduced them to the fantasy world of Dungeons and Dragons.

Rob has been a DM for most of his life, starting out first for his friends group 38 years ago at the age of 12 and gradually opening up adventures for his community through his store Good Times Games in Prince Rupert British Columbia. The Heroes, Ladies and summer camp programs at Good Times have been recognized globally as the 2019 GAMA Outstanding Organized Play Program. Not too bad for a little store in a population center under 10,000!