Article Rock M Sakura, How To DM with Mike Shea

We’re here early this week for a special edition of Dragon Talk leading up to D&D Live 2020! Greg & Shelly get you the latest news and updates heading into this weeks amazing event! Afterwards, Shelly is joined by special guest Mike Shea for another edition of How To DM, this week focusing on game preparation! Our special guest this week is drag performer, contestant on RuPaul’s Drag Race and upcoming performer for D&D Live 2020, Rock M Sakura! 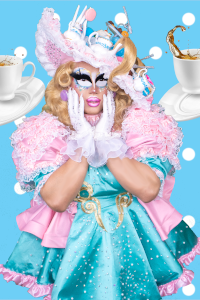 Rock M Sakura was a contestant on the popular tv show Rupauls Drag Race season 12. She is one of one of the nerdiest queens to grace to the show, as her style typically embraces elements of anime, manga, cartoons, and video games. Rock has been playing DnD on and off since the summer of 2009, where she became s regular at her local comic book store in Santa Clara. She has been a guest on the DnD live show, Queens of adventure, and is set to appear in Reality RP. 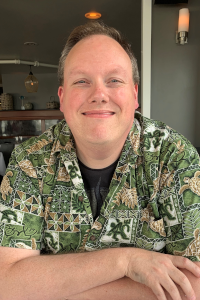 Mike Shea is the self-published author of Return of the Lazy Dungeon Master, Sly Flourish’s Fantastic Adventures , and Ruins of the Grendleroot.

Mike has been writing weekly DM advice articles on https://slyflourish.com/ and daily DM tips at https://twitter.com/slyflourish for the past ten years. D&D game prep videos on Twitch and Youtube. His past work includes freelancer writer for WOTC, Kobold Press, Pelgrane Press, and others. Mike is currently running a Kickstarter for Fantastic Lairs with James Introcaso and Scott Fitzgerald Gray, both WOTC freelancers.