It’s the final episode of Dragon Talk for 2020! Greg and Shelly open the show reflecting back on what was a wild year for all of us, as well as get you your final D&D news segment until we return in 2021!

Later, we welcome our very own Chris Lindsay, product manager for D&D, as we jump into a brand new edition of How to DM! This week, we focus on balancing encounters in your games. Our special interview is game and narrative designer, along with brand manager of Warriors of Waterdeep, Stephen David Wark! 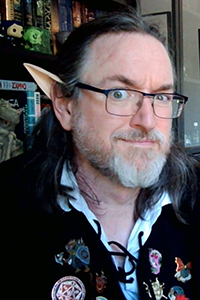 Stephen Wark is a game/narrative designer and Brand Manager for Warriors of Waterdeep, an official D&D tactical team-based dungeon exploration mobile game created by Ludia in Montreal. Warriors of Waterdeep was previewed at D&D Live 2019: The Descent, and launched worldwide on May 30, 2019. After celebrating a great first year, there's a lot of a wonderful new content to release as 2020 winds down: a brand-new adventure (the deadly Forestfall Fen), a new hero (Coriolis, the gnome sorcerer), and a new iconic hero (Vajra Safahr, the Blackstaff of Waterdeep). and maybe a few plans for 2021 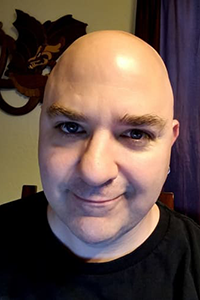 Chris Lindsay is a Product Marketing Manager in the Dungeons & Dragons Studio at Wizards of the Coast and the head Dungeon Master for the D&D Adventurers League, where he oversees the largest D&D campaign in the world. Chris is also the business architect and manager for the Dungeon Masters Guild, a community of fan content creators and digital marketplace. Lastly, Chris has been known to hop in front of a camera now and again to show off his Dungeon Mastering skills as well as to talk about all things Dungeons & Dragons.