Greg & Shelly update us on the latest D&D news, as well as discuss the use of code names used for unreleased products around the office. Now that Rick and Morty vs D&D is officially out, the two reveal what the code name was and who exactly came up with it! (Hint: She's really good at voices) Later, Kate Welch stops in for another edition of Random Character Generator. Listen in as the two work out Emmet Singletaker, a bookish yet terrible sorcerer charlatan. You can view his stat sheet here. Our special guest this week is author & streamer, Rob Twohy. 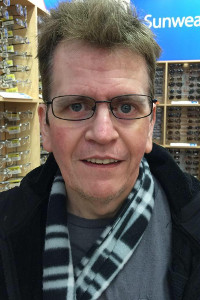 Rob Twohy is a liver transplant patient, avid board gamer, and former professional stand-up comedian who spends most of his time streaming D&D 5E using the Fantasy Grounds VTT on Twitch and creating material for both Fantasy Grounds and the DMs Guild.

Rob started playing D&D in 1981 and is a huge Star Trek and Star Wars fan, but not necessarily a generic Sci-Fi fan.

Rob has almost 900 YouTube videos, a Discord server where fans gather to talk about Fantasy Grounds and D&D, and a modest social media following.

Rob has 175+ titles on DMs Guild (including many collaborations with other creators) and 45+ items in the Fantasy Grounds store. He’s adding all the time...