Happy Halloween everybody! Greg & Shelly list some of their favorite Halloween candy (even if no one has ever heard of some of them) and celebrate the fifth anniversary of D&D 5e! Later, Adam Lee drops in to talk us through dreaming in Eberron for this week's installment of Lore You Should Know. Our special guest is #1 New York Times best selling author of the Red Rising Saga, Pierce Brown. 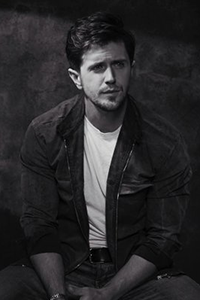 Pierce Brown is the #1 New York Times bestselling author of Red Rising, Golden Son, Morning Star, and Iron Gold. His work has been published in thirty-three languages and thirty-five territories.

He spent his childhood building forts and setting traps for cousins in the woods of six states and the deserts of two. Graduating from college in 2010, he fancied the idea of continuing his studies at Hogwarts. Unfortunately, he doesn’t have a magical bone in his body. So while trying to make it as a writer, he worked as a manager of social media at a startup tech company, toiled as a peon on the Disney lot at ABC Studios, did his time as an NBC page, and gave sleep deprivation a new meaning during his stint as an aide on a U.S. Senate campaign.

Now he lives in Los Angeles, where he scribbles tales of spaceships, wizards, ghouls, and most things old or bizarre.