D&D Presents is the latest live play D&D show from the mind of Dungeon Master Chris Perkins and features cast members Mica Burton, Jonathan Indovino, Anna Prosser, and Nathan Sharp. Join their characters Setsuna, Valence, Delvenie, and Rainer as they explore the D&D Essentials Kit as well as upcoming Dungeons & Dragons book releases. In this grand tale, we will watch the characters grow from humble beginnings investigating rumors of a dragon in Phandalin into stalwart heroes facing down evils that threaten the entire Forgotten Realms.

D&D Presents will debut in Spring 2020 and we will be previewing characters and releasing additional content in the coming weeks. 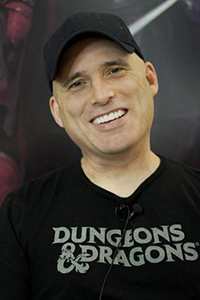 Chris Perkins is a 20-year veteran of Wizards of the Coast and the principal narrative designer for Dungeons & Dragons. He has written and edited numerous D&D products and is one of the lead designers of fifth edition. He is probably best known for his live-streamed games on Twitch, his 11-year stint as Dungeon Master for Acquisitions Incorporated, and his quirky appearances on the hit show Critical Role. 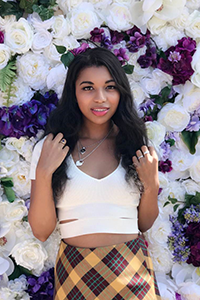 Mica Burton is a professional cosplayer, esports host, actor, and a self-titled Tiefling Enthusiast. She appeared on the Wizards of the Coast show “Destiny and Doom” as the rogue elf ‘Freya’, and has continued to appear in various D&D content since with many of her friends, including debuting her druid Aasimar 'Reani' on the popular show “Critical Role”. Mica is also an avid anime fan, and spends more time playing idol rhythm games on her phone than she cares to admit. 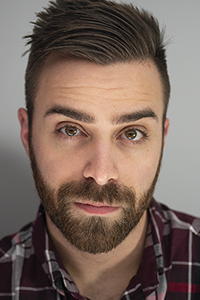 Jonathan Indovino has been creating gaming content for the past seven years, but gaming has been a passion of his since he could walk. You may have seen him working with Pokémon Company during the competitive season, or yelling about some gaming passion on YouTube or Twitch. His love of fantasy and storytelling comes second to the love for his family, but he plans to leave it all out on the table during this season. 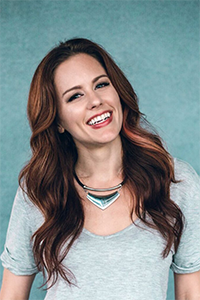 As a host and presenter, you may have seen Anna heading up live shows or events like E3, Blizzard, The Pokemon World Championships, and TwitchCon - as well as Dungeons & Dragons’ yearly live streaming events! She also works full-time as Managing Producer on the Creator Development team at Twitch, where she creates content and resources that inspire, elevate, and stretch the capabilities of online media creation and it’s community. This year, she co-founded “Cantrip”: a fantasy and tabletop roleplaying game-inspired streetwear brand, which launched in 2019. She loves to sing, show people pictures of her dog, and talk about the Pacific Northwest. You can follow her adventures on Twitter, Instagram, Twitch, and just about everywhere else under the username “AnnaProsser.” 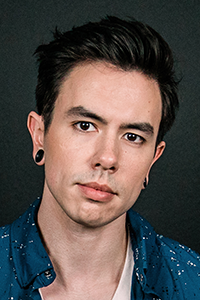 Nathan Sharp is a Korean American singer, songwriter, voice actor and composer with a professional bio. In 2017, he co-founded independent record label Give Heart Records. Under the moniker NateWantsToBattle, he’s created over 300 songs which is probably more than any artist should ever do, yet here we are. He has sung official theme songs for shows such as Dragon Ball Super and Beyblade Burst Turbo and has voiced characters like Craig in Dream Daddy and Damien in Monster Prom. He’s often tired and is the co-founder of fantasy-inspired clothing line, Cantrip.