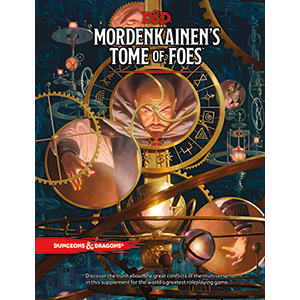 Discover the truth about the great conflicts of the D&D multiverse in this supplement for the world's greatest roleplaying game.

This tome is built on the writings of the renowned wizard from the world of Greyhawk, gathered over a lifetime of research and scholarship. In his travels to other realms and other planes of existence, he has made many friends, and has risked his life an equal number of times, to amass the knowledge contained herein. In addition to Mordenkainen’s musings on the endless wars of the multiverse, the book contains game statistics for dozens of monsters: new demons and devils, several varieties of elves and duergar, and a vast array of other creatures from throughout the planes of existence. Mordenkainen's Tome of Foes also comes in a limited edition format exclusive to core hobby stores, featuring an alternative-art cover beautifully illustrated by Vance Kelly. Use the store locator to find a hobby store near you.

Order at your local game store, book stores such as Barnes & Noble, or online at retailers like Amazon.

You can also find Mordenkainen's Tome of Foes available via Fantasy Grounds, Steam, Roll20, and at D&D Beyond.

In 2017, to celebrate the release of Tomb of Annihilation, we collaborated with D&D liveplay podcast producers to create episodes using material from the adventure and released them on the Dungeon Delve podcast feed. Victoria Rogers, from the Broadswords, ran with that idea and brought together even MORE podcasts to create one-shot adventures using monsters, stories and lore from Mordenkainen’s Tome of Foes.

Starting on Monday May 7th, 2018 and continuing up until the release of Mordenkainen’s Tome of Foes in game stores on May 18th, we’ll be releasing two new episodes each day of the work week on the Dungeon Delve podcast feed (on itunes, google play, or wherever you get your podcasts).

Origins Awards:
The winners of the 2019 Origins Awards were selected by the Academy of Adventure Gaming Arts & Design, presented at the Origins Game Fair in Columbus, Ohio. 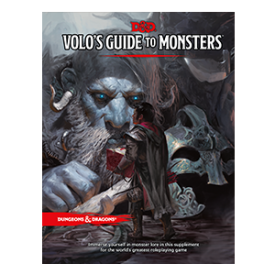