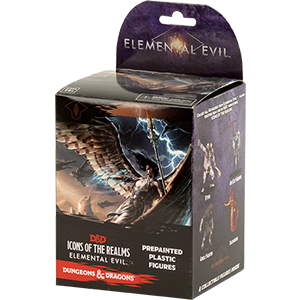 Collect all 44 figures from Elemental Evil, the newest set of randomly sorted monsters and heroes in our exciting new line of D&D miniatures, Icons of the Realms.

Bring the world of the Forgotten Realms to life with these new miniatures from the Elemental Evil storyline. Wage war against prophets, monsters and elemental creatures to thwart their devious plans to wreak massive amounts of havoc upon the Material Plane!

Ogres eat almost anything, but they especially enjoy the taste of dwarves, halfings, and elves. When they can, they combine dinner with pleasure, chasing scurrying victims around before eating them raw. If enough of their victims remains after the ogres have gorged themselves, they might make a loincloth from their quarry’s skin and a necklace from its leftover bones. This macabre crafting is the height of ogre culture. Read more.

Fire Elementals are a force of capricious devastation. Wherever they move, they set their surroundings ablaze, turning the world to ash, smoke, and cinders. Water can halt their destructive progress, causing the fire elemental to shrink back, hissing and smoking in pain and rage. Read more.

Earth Elementals plod forward like a walking hill, club-like arms of jagged stone swinging at their sides. Their heads and bodies consist of dirt and stone, occasionally set with chunks of metal, gems, and bright minerals. However, they still glide through rock and earth as though they were liquid. Read more.

Air Elementals are funneling clouds of whirling air with a vague semblance of a face. Although they like to race across the ground, picking up dust and debris as it goes, they can also fly and attack from above. Read more.

Water Elementals are cresting waves that rolls across the ground, becoming nearly invisible at they course through a larger body of water. They engulf creatures that stand against them, filling their mouths and lungs as easily as they smother flame. Read more.

Chimeras were created after mortals summoned Demogorgon to the world. The Prince of Demons, unimpressed with the creatures that surrounded it, transformed them into horrific, multi-headed monstrosities. This act gave rise to the first chimeras. Read more.

ENnie Awards:
The winners of the 2015 ENnie Awards, an annual fan-based celebration of excellence in tabletop roleplaying gaming, were announced at this year's Gen Con. 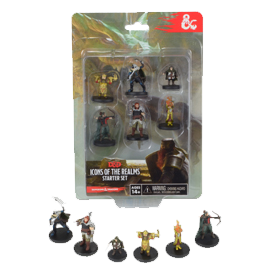 Icons of the Realms: Starter Set 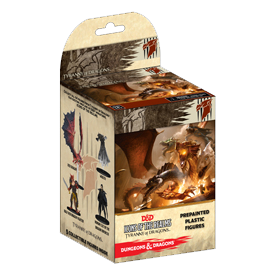 Icons of the Realms: Booster 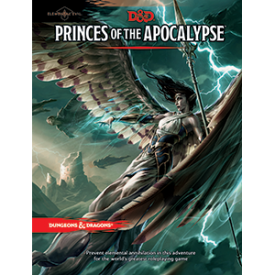 Princes of the Apocalypse 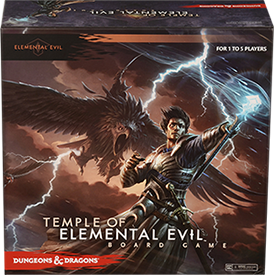