The Devil You Know Brimstone Angels By Erin M. Evans 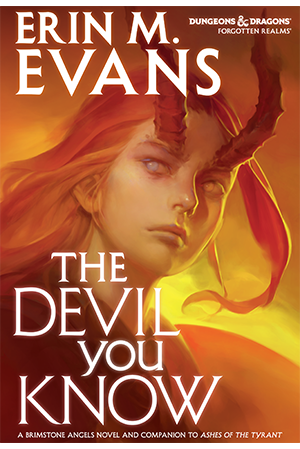 The long-awaited finale of SCRIBE award winning-author Erin M. Evans’s riveting Brimstone Angels series, featuring her signature character, Farideh, as she’s caught up in an epic battle of good versus evil, rife with deception and intrigue, where the question is as much who is evil, as how they can be defeated.

In the long-awaited finale of her riveting Brimstone Angels series, Erin M. Evans thrusts her signature character Farideh into an epic battle of good versus evil, rife with deception and intrigue, where the question is as much who is evil, as how they can be defeated. The stakes have never been higher, and the fallout will shake the Hells, and through them, the Forgotten Realms.

Before Farideh took a devil’s pact, before she was Chosen by the god-king of the Hells, before any of this started, there was Bryseis Kakistos, the original Brimstone Angel, first of Farideh’s line. Now, at the end, there is also Bryseis Kakistos—but this time, instead of helping the king of the Hells achieve godhood, she’s going to kill him. All she needs is a little help from Farideh—which she should, by all accounts, be happy to give. After all, who could object to killing the king of the Hells? Except, it turns out, Farideh. Because as always, things are far more complicated than they seem.

“The Realms have gone through many changes in the past few years, but Erin Evans proves that its heart is still in the same place. Many writers set novels there; a few inhabit it. I get the impression Erin could draw you a map of Suzail as easily as she could direct you to the nearest Starbucks.” 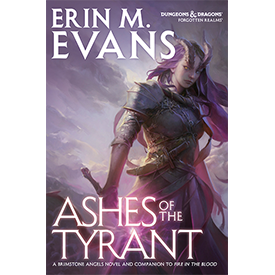 Ashes of the Tyrant 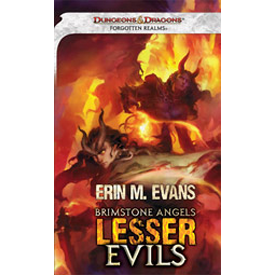 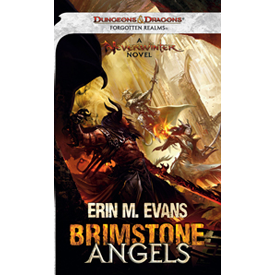