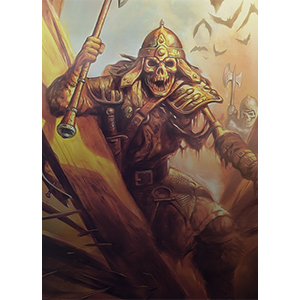 Fondly known as the “gold box games,” these classic Dungeons & Dragons video games bring to life many of D&D’s most iconic monsters, heroes, and villains.

The Forgotten Realms world of Dungeons & Dragons has been home to many a hero and imagination since its publication, producing adventures and stories to be retold and enjoyed for years to come. The Forgotten Realms Archives: Collection One allows you to journey through one such set of adventures: The Eye of the Beholder trilogy, a set of first-person, real-time role-playing games.

The Forgotten Realms Archives: Collection Three marks the conclusion of the Archives compilation and a change in development from Strategic Simulations Inc. to Dreamforge Intertainment. As SSI’s swan song to the Forgotten Realms universe, these titles celebrate the elements of the AD&D video games that you know and love—vast dungeons and beautiful locations to explore, a wide variety of monsters to slay, quests to complete, adventurers to assemble and worlds to be saved.

Step into a world of gothic and Egyptian horror and adventure, set in the campaign setting of Ravenloft. This pack of entrancing horrors includes Ravenloft: Strahd's Possession and its sequel, Ravenloft: Stone Prophet

Return to the first fantasy role-playing epic set in the legendary Dragonlance game world of Krynn. This immortal pack includes Champions of Krynn, Death Knights of Krynn and The Dark Queen of Krynn.

Unleash your imagination into a vast, savage world, sun-scorched and wind-scraped. This series contains the radiant classics, Dark Sun: Shattered Lands, and Dark Sun: Wake of the Ravager.