I’m Chris Perkins, one of the D&D Studio’s principal game architects. You might know me from such products as Curse of Strahd, Icewind Dale: Rime of the Frostmaiden, and The Wild Beyond the Witchlight. I’m also a subject matter expert when it comes to D&D lore.

In this short blog post, I will describe our studio’s position on canonicity. When we refer to D&D’s canon, we are talking about truths that we cling to in fifth edition or things we know to be true in some other expression of D&D.

So, what is considered canonical in D&D? Let’s dive right in.

EVERY EXPRESSION OF D&D HAS ITS OWN CANON.

Our studio treats D&D in much the same way that Marvel Studios treats its properties. The current edition of the D&D roleplaying game has its own canon, as does every other expression of D&D. For example, what is canonical in fifth edition is not necessarily canonical in a novel, video game, movie, or comic book, and vice versa. This is true not only for lore but art as well.

This approach allows R.A. Salvatore to write Drizzt novels without having to worry if his version of the Forgotten Realms perfectly matches what we do in the roleplaying game. It means that a D&D video game can take elements from a series of novels and present them in a way that serves the game’s needs, rather than adhering to the sequence of events chronicled in the novels. Creatively, it’s liberating. This approach also acknowledges that different media have unique challenges and requirements.

Every edition of the roleplaying game has its own canon as well. In other words, something that might have been treated as canonical in one edition is not necessarily canonical in another. For example, the succubus was classified as a devil in fourth edition, even though it had been a demon in previous editions.

It can also be said that every campaign that’s ever been run in any of our published settings has its own canon. Your version of the Forgotten Realms has its own canon, which doesn’t make it any less valid than anyone else’s version. Elminster might be a lich in your Forgotten Realms campaign. Elminster might be a miniature giant space hamster in mine—both are acceptable and awesome.

Key to our approach is the belief that the story belongs to the DM and the players, not us. We make a conscious effort to preserve as many opportunities as possible for DMs to play with their own ideas. That’s why we don't produce sourcebooks that spool out a ton of backstory. The DM or player remains the ultimate arbiter of what’s true in their expressions of D&D.

WHY NOT ADOPT THE CANON OF EARLIER EDITIONS AND BE DONE WITH IT?

The most important reason why we maintain our own continuity, separate from other expressions and earlier editions of D&D, is to lessen the burden on DMs. It’s not that we insist on creating everything ourselves; rather, we don’t want DMs or players to feel like they must read a novel, play a video game, or buy a third-edition sourcebook to enjoy our game and get the most out of our current line of products. We’re judicious about introducing certain types of new lore for this same reason: DMs and players should be able to use our content without having to keep up on some metaplot that stretches across novels, comics, and video games.

Fifth edition’s canon includes every bit of lore that appears in the most up-to-date printings of the fifth edition Player’s Handbook, Monster Manual, and Dungeon Master’s Guide. Beyond these core rulebooks, we don’t have a public-facing account of what is canonical in fifth edition because we don’t want to overload our fellow creators and business partners.

If you’re not sure what else is canonical in fifth edition, let me give you a quick primer. Strahd von Zarovich canonically sleeps in a coffin (as vampires do), Menzoberranzan is canonically a subterranean drow city under Lolth’s sway (as it has always been), and Zariel is canonically the archduke of Avernus (at least for now). Conversely, anything that transpires during an Acquisitions Incorporated live game is not canonical in fifth edition because we treat it the same as any other home game (even when members of the D&D Studio are involved). 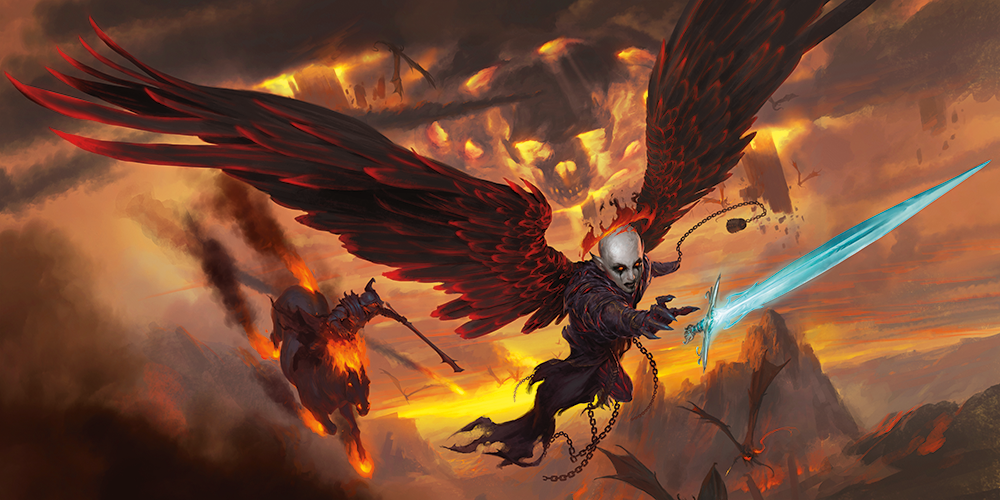 CANON IS LESS ABOUT YOUR ENJOYMENT OF THE GAME AND MORE ABOUT US BEING INTERNALLY CONSISTENT.

Whether or not a piece of art or lore is canonical in fifth edition should have little or no bearing on how most people interact with the game. If I told you that Markham Southwell is canonically the sheriff of Bryn Shander circa 1492 DR, would that really impact your experience running or playing Icewind Dale: Rime of the Frostmaiden? I hope not. However, we use canonical lore internally to maintain consistency across our fifth-edition products. Knowing that fire giants are canonically shorter yet more powerful than frost giants means that we don’t need to rethink that bit of lore in upcoming products. Similarly, knowing that all trolls regenerate makes designing new troll variants easier.

THE GAME’S LONG HISTORY IS KNOWN TO US.

If the artwork holds up or the lore has been true in every past edition of the game, we think twice about changing it.

If the artwork or lore hasn’t withstood the test of time, we can update or discard it.

The number of eyes on a stock beholder has been consistent throughout D&D’s history. No need to meddle with perfection, I say. On the other hand, if you’re familiar with old maps of Waterdeep, you might recall that one of its seedier avenues was named Slut Street. When we updated the map for Waterdeep: Dragon Heist, we gave that street a new name. The old name was never good to begin with and does not withstand the test of time.

You probably know more canonical facts about fifth edition than you realize. Take the quiz below, which has five multiple-choice questions.

For each question, choose the correct answer from the options given.

a) Inbreeding
b) Pollution
c) Spellcasting
d) We don’t know