Article Maude Garrett & How To DM with Noah Grand

We're continuing to record remotely as we shelter in place here in the Seattle area. Greg & Shelly hash out how they've been handling social distancing, how they're still staying connected with the people they love, and how you can play D&D with your own friends and family during this weird time. More information on Monster Madness, Explorer's Guide to Wildemount, and Mythic Odysseys of Theros is discussed as well.

This week in How To DM, we are joined by Noah Grand on how to DM virtually as well as resources available to help you keep gaming. Our special guest this week is Geek Bomb and Fungeons & Flagons creator, Maude Garrett!

Dragon Talk: Maude Garrett & How To DM with Noah Grand 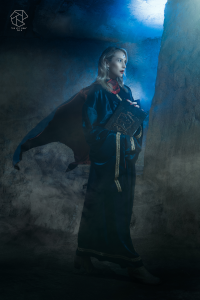 Maude Garrett is the creator of Geek Bomb and Fungeons & Flagons (a D&D inspired improv show with drinking!). She has been playing D&D since 2012. She serves as the “Mauderator”, currently playing the high elf ranger “Lyra”.

You can find her on:

How to DM Guest: 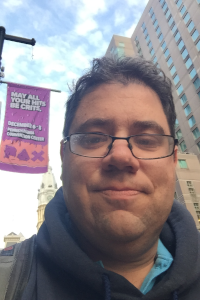 Noah Grand (he/they) is a social scientist and statistician by day, best-selling D&D adventure and supplement writer and editor by night. They are currently the lead event organizer for Adventurers League play at several online events throughout 2020.

You can find their work at DMsGuild and on Twitter @noahgrand