Welcome to the Realms! The Forgotten Realms has been home to Dungeons & Dragons stories and adventures for decades. First came Ed Greenwood’s tales of swords and sorcery, then came his D&D campaign, where the Realms grew and flourished.

When TSR sought a new campaign world to expand the D&D multiverse, it chose the Realms, and the gates were flung wide for players and Dungeon Masters all over the world to come to Faerûn and create their own tales of heroism and adventure. A year later, author R.A. Salvatore introduced readers to drow ranger Drizzt Do’Urden in his first novel, The Crystal Shard, sealing the Underdark as an essential part of this world (see page 10 for more on Drizzt).

Now the Sword Coast Adventurer’s Guide adds further detail to the glimpses of the Realms found in the Player’s Handbook, Dungeon Master’s Guide, and Monster Manual. This comprehensive look at the continent of Faerûn and the world of Toril in general—and the Sword Coast and the North regions in particular—is invaluable when it comes to creating your own heroes and their stories in the Realms.

The Sword Coast Adventurer’s Guide is packed full of information about the history, lands, and peoples of Faerûn, of the great cities of the Sword Coast and the North, of the gods and powers of their people, and of the factions and forces that support and threaten them. Players and Dungeon Masters will also learn more about how the various D&D races and classes from the Player’s Handbook fit specifically into the Realms and this region, and find backgrounds that link characters to the great places, people, and events of the Realms.

What was it like retelling the history of the Forgotten Realms and the Sword Coast?

Steve Kenson: To quote Wil Wheaton as Wesley Crusher “strange, but also good!” Like revisiting old friends and places I had been in my youth, which is essentially the case, since I was introduced to the Forgotten Realms in high school. It was certainly a challenge for our creative team to take a world with untold thousands of years of history (to say nothing of nearly thirty years of real-world publications) and sum up even a portion of it, but that is the goal of the Sword Coast Adventurers Guide and I think we achieved it.

What maps will be available in the Sword Coast Adventurers Guide?

We took what I think is an interesting direction with the maps in the book, as most of them are produced as the sort of maps inhabitants in the Realms would make and use themselves, rather than omniscient ‘game’ maps. So they help to transport you into the setting as its people see it and they’re suitable for the players, as they don’t contain any ‘secret’ information. They’re exactly the sort of maps adventurers might have in their packs, or acquire from a map-maker in one of the larger cities.

There’s an overview map of northern Faerûn and a map of the Sword Coast and the North region, as well as maps of Baldur’s Gate, Neverwinter, Waterdeep, and Luskan. We also use detail maps from the Sword Coast overview map to highlight particular areas when and where they are discussed, showing those places in context. 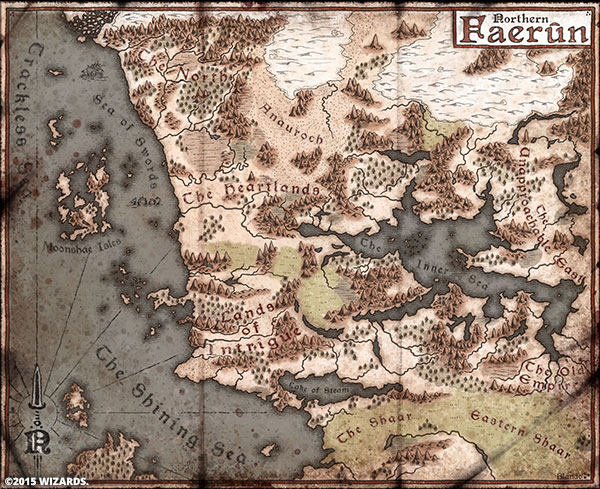 What challenges did you face in creating class-race-background options that are meant to be tied to the Realms?

Primarily we had to balance rooting those options strongly in the Realms – and the Sword Coast, in particular – while also making them as broadly useful to D&D players as possible. Too much one way and you lose the unique character and style of the Realms that make it such an appealing setting; too much the other and the Adventurer’s Guide would only be useful to those looking to adventure in the Realms. I think we struck a good balance, such that you’ll find many Realms-specific options, like the Uthgardt barbarians, elven bladesingers, Purple Dragon Knights, and the like, while also having options like new totems, sub-classes, and a new warlock patron (the Undying) you can use in any campaign. 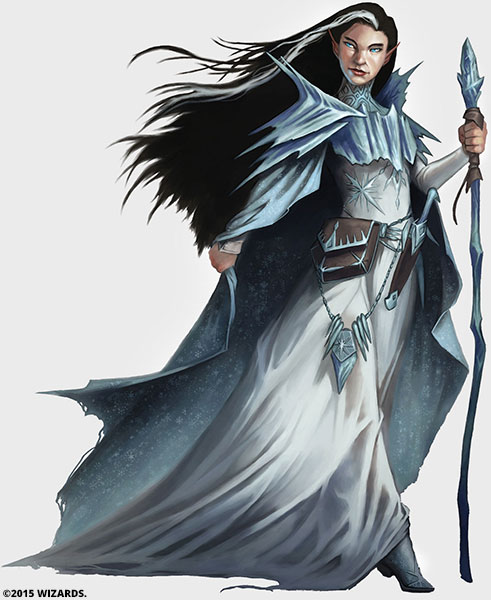 Do you have a favorite background in the book?

[There’s one] that comes with the character being the heir to something of value, and the accompanying table that provides inspiration as to what it might be. It’s a classic fantasy background that suits the Realms well: a hero who has some mysterious item, document, bit of lore, or even a tattoo or unusual scar, which turns out to be the key to a greater story.

That said, all the backgrounds in the Guide help to root new characters strongly in the Realms and the Sword Coast and offer plenty of interesting character hooks and new background features.

What are your favorite character options in the book?

How to choose! I like the half-elf and tiefling variant options, which pack a lot into a small space in terms of customizing those races for the Realms to reflect their unique heritage. I’m a big fan of the Oath of the Crown option for paladins—owing allegiance to the ideals of civilization and service to a sovereign, nation, or deity of law and rulership, because it’s perfect for chivalrous champions and battlefield leaders. The Undying warlock patron makes for some tough warlocks and also manages to slip in some fun multiversal references. 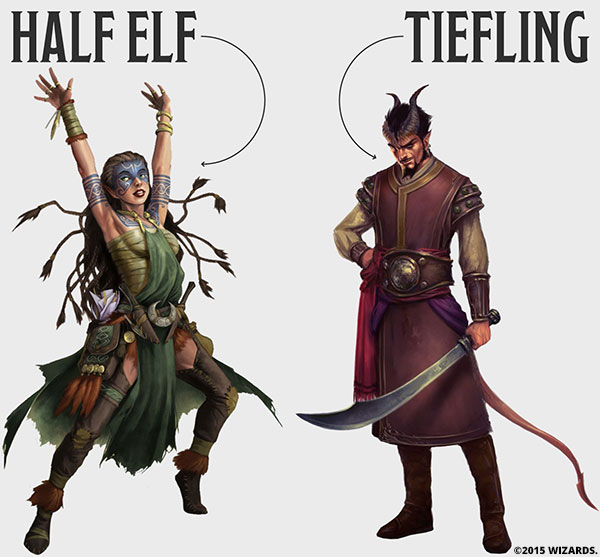 Having all the information on the many gods of the Forgotten Realms in one place is a great resource. What do you think will excite fans the most?

I think the most exciting thing can be summed up as “they’re back!” Gods once thought dead and gone are worshiped once more, and long-lost sects and cults have returned. The gods are ‘quiet’ after the Sundering, communicating with the faithful more through signs and portents, so there’s more room for interpretation and, essentially, faith amongst their followers. The Guide offers a great overview of how religion is practiced in the Realms, and a tremendous wealth of choices for patron deities to inspire and guide heroes, as well as evil gods whose worshippers threaten the civilized world.

Who is the Open Lord of Waterdeep?

During the Tyranny of Dragons storyline, Dagult Neverember was deposed as the Open Lord of Waterdeep and replaced by Laeral Silverhand. Neverember is still a force to be reckoned with in Neverwinter, however, and has done a great deal to rebuild and restore it. Naturally, there’s a lot of speculation in Waterdeep about the return of Laeral, who was long thought dead, and the new Open Lord is clearly keeping her secrets close to her chest.

How is the book useful to players?

The Sword Coast Adventurers Guide provides players new to the Realms with an overview of all the essential information about the setting and the region, from history to culture, geography, and religion, so they can get a feel for the world. It provides long-time fans of the Realms a more detailed look at the current state of the world and many favorite and familiar places. Both kinds of players will find chapters on the race, class, and background options of the Sword Coast they can use to create their characters, grounding them in the Realms in conjunction with the setting detail in earlier chapters.

As a Dungeon Master, how would you expect to utilize this book for your Forgotten Realms campaign?

Like other Forgotten Realms books, the Sword Coast Adventurer's Guide is a portal for the imagination. The overview of the Sword Coast and the North – from the islands of the West to the High Forest and Serpent Hills of the East, from frigid Icewind Dale in the north to legendary Candlekeep to the south – is chock-full of ideas to inspire exploration, travel, and adventure, told in the worlds of travelers who have visited those places. Dungeon Masters can spend whole campaigns teasing out the various ideas in this book and, best of all, it is all material suitable for players to read to help fire their imaginations, not just about the characters they will create, but the places they may want them to see and the challenges they want them to take on. As a Dungeon Master, I’d be inclined to let my players have some time to read and absorb what they find in the Guide and then ask them: “So, where do you want to go…?"

The Sword Coast Adventurer’s Guide is released on November 3 2015.