Fantasy author Tad Williams (@tadwilliams) calls in to talk about his long career and interest in gaming & roleplaying while Greg Tito (@gregtito) tries not to fanboy out while Shelly Mazzanoble (@shellymoo) keeps it real (until her kid Quinn drops in to say his catchphrase on the mic).  Hey, Dragon Talk will be releasing two episodes per week for the rest of 2017 because we are not very good with time travel. Sage Advice – Jeremy Crawford (@JeremyECrawford) discuss the rules and thinking behind Anti-Magic Magic. Watch Dragon Talk recordings live on twitch.tv/dnd Mondays at 2pm PT!

Lore You Should Know – Candlekeep: 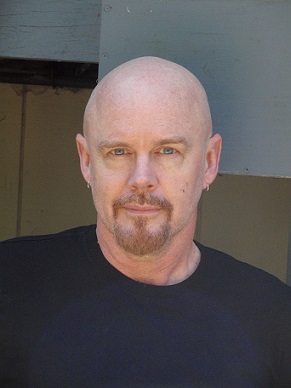 Tad Williams is a California-based fantasy superstar.  His genre-creating (and genre-busting) books have sold tens of millions worldwide, in twenty-five languages.  His considerable output of epic fantasy and science fiction book-series, stories of all kinds, urban fantasy novels, comics, scripts, etc., have strongly influenced a generation of writers: the ‘Otherland’ epic now plays as an MMO on steam.com.  Tad is currently immersed in the creation of ‘The Last King of Osten Ard’, planned as a trilogy with two intermediary novels.  He, his family and his animals live in the Santa Cruz mountains in a suitably strange and beautiful house.    @tadwilliams  @mrstad