Sometimes you want to customize your character, and the character’s class doesn’t have what you’re looking for. In that situation, feats are a great option.

This month’s Sage Advice is concerned with some feats that have sparked questions. Remember that feats are available to your character at the discretion of your Dungeon Master. As you read the answers to the questions below, keep chapter 6, “Customization Options,” of the Player’s Handbook handy. In a few spots, you’ll see a reference in parentheses to a page in that book.

If you have questions for a future installment of Sage Advice, please send them to sageadvice@wizards.com.

Is it intentional that the second benefit of Crossbow Expert helps ranged spell attacks? Yes, it’s intentional. When you make a ranged attack roll within 5 feet of an enemy, you normally suffer disadvantage (PH, 195). The second benefit of Crossbow Expert prevents you from suffering that disadvantage, whether or not the ranged attack is with a crossbow.

When designing a feat with a narrow use, we consider adding at least one element that can benefit a character more broadly—a bit of mastery that your character brings from one situation to another. The second benefit of Crossbow Expert is such an element, as is the first benefit of Great Weapon Master. That element in Crossbow Expert shows that some of the character’s expertise with one type of thing—crossbows, in this case—transfers to other things.

Do the first and third benefits of Crossbow Expert turn a hand crossbow into a semiautomatic weapon? The short answer is no.

The first benefit of the feat lets you ignore the loading property (PH, 147) of the hand crossbow if you’re proficient with that weapon. The upshot is that you can fire it more than once if you have a feature like Extra Attack. You’re still limited, however, by the fact that the weapon has the ammunition property (PH, 146). The latter property requires you to have a bolt to fire from the hand crossbow, and the hand crossbow isn’t going to load itself (unless it’s magical or a gnomish invention). You need to load each bolt into the weapon, and doing so requires a hand.

What does that all mean for a hand crossbow? It means Crossbow Expert makes it possible to fire a hand crossbow more than once with a feature like Extra Attack, provided that you have enough ammunition and you have a hand free to load it for each shot.

How does the Lucky feat interact with advantage and disadvantage? The Lucky feat lets you spend a luck point; roll an extra d20 for an attack roll, ability check, or saving throw; and then choose which d20 to use. This is true no matter how many d20s are in the mix. For example, if you have disadvantage on your attack roll, you could spend a luck point, roll a third d20, and then decide which of the three dice to use. You still have disadvantage, since the feat doesn’t say it gets rid of it, but you do get to pick the die.

If you have spell slots, can you use them to cast the 1st-level spell you learn with the Magic Initiate feat? Yes, but only if the class you pick for the feat is one of your classes. For example, if you pick sorcerer and you are a sorcerer, the Spellcasting feature for that class tells you that you can use your spell slots to cast the sorcerer spells you know, so you can use your spell slots to cast the 1st-level sorcerer spell you learn from Magic Initiate. Similarly, if you are a wizard and pick that class for the feat, you learn a 1st-level wizard spell, which you could add to your spellbook and subsequently prepare.

In short, you must follow your character’s normal spellcasting rules, which determine whether you can expend spell slots on the 1st-level spell you learn from Magic Initiate.

Can I add my Strength modifier to the damage of the bonus attack that Polearm Master gives me? Yep! If you have the feat and use the Attack action to attack with a glaive, halberd, or quarterstaff, you can also strike with the weapon’s opposite end as a bonus action. For that bonus attack, you add your ability modifier to the attack roll, as you do whenever you attack with that weapon, and if you hit, you add the same ability modifier to the damage roll, which is normal for weapon damage rolls (PH, 196).

A specific rule, such as the rule for two-weapon fighting (PH, 195), might break the general rule by telling you not to add your ability modifier to the damage. Polearm Master doesn’t do that.

Jeremy Crawford is the co-lead designer of fifth edition Dungeons & Dragons, as well as the game’s managing editor. He was the lead designer of the new Player’s Handbook and one of the leads on the Dungeon Master’s Guide. He has worked on many other D&D books since coming to Wizards of the Coast in 2007. You can reach him on Twitter (@JeremyECrawford).

Greg & Shelly are back at you with the very first show of 2020! The two discuss the recently announced Forgotten Realms Laeral Silverhand's Explorer's Kit as well as Monster Madness, the brand new Dungeon Mayhem...

Unearthed Arcana leaps into 2020 with four new subclasses for you to try out: the Path of the Beast for the barbarian, the Way of Mercy for the monk, the Oath of the Watchers for the paladin, and the Noble Genie for... 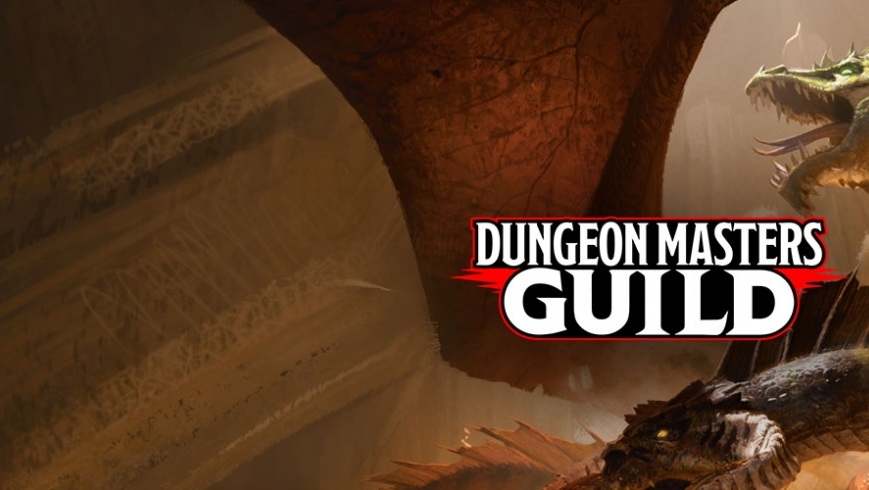 The start of a new year brings a new class of Dungeon Masters Guild Adepts!...