Though he has a long history, Fraz-Urb’luu remains one of the lesser-known D&D demon lords.

However, his penchant for intrigue and deception make him an interesting antagonist, and his appearance in the Rage of Demons storyline season promises to be a memorable one.

Fraz-Urb’luu was one of four demon lords to make their debut in the “Monsters and Magical Items” appendix of the 1982 AD&D adventure module The Lost Caverns of Tsojcanth. There, he was named as “the Prince of Deception” and ruler of a “flat and featureless” layer of the Abyss. He was also revealed to be one of the powerful beings long imprisoned beneath Castle Greyhawk—and who yearned for vengeance against the peoples of the world as a result.

The backstory of Fraz-Urb’luu’s imprisonment comes from Gary Gygax and Rob Kuntz’s original Castle Greyhawk campaign. The adventurers Erac’s Cousin (played by Ernie Gygax) and Eylerach (played by Mark Ratner) discovered a bas-relief demon face deep beneath Castle Greyhawk. This led to “DemonWorld”—the staging ground for a demonic invasion of Oerth—but was also the prison of Fraz-Urb’luu. When the adventurers were tricked into freeing the demon lord, he showed his gratitude by taking them both back to the Abyss! (They later returned, minus a pair of vorpal swords and a holy avenger.)

The Prince of Deception was mentioned erratically during the later days of first edition AD&D. Monster Manual II (1983) contained much the same information as Lost Caverns of Tsojcanth, while Manual of the Planes (1987) noted that Fraz-Urb’luu was still rebuilding his abyssal home following his imprisonment. Like most first edition demon lords, Fraz-Urb’luu then made a brief appearance in The Throne of Bloodstone (1988), though that adventure added little to his lore. Meanwhile, Gary Gygax made more active use of him outside the official D&D canon, renaming him Var-Az-Hloo in Dance of Demons (1988)—the last Gord the Rogue novel he wrote following his departure from TSR.

During the second edition AD&D era, Fraz-Urb’luu was all but forgotten. His most notable appearance was in Faces of Evil: The Fiends (1997), which simplified his name to “Fraz Urblu” and which finally named his home: Hollow’s Heart, the 176th layer of the Abyss.

With the advent of third edition D&D in 2000, Fraz-Urb’luu returned to the spotlight and put his abyssal house in order. That process started with Dragon 333 (July 2005), whose “Demonomicon of Iggwilv” article presented a detailed accounting of the demon lord and Hollow’s Heart, and whose cover featured the first full-color portrait of the Prince of Deception. 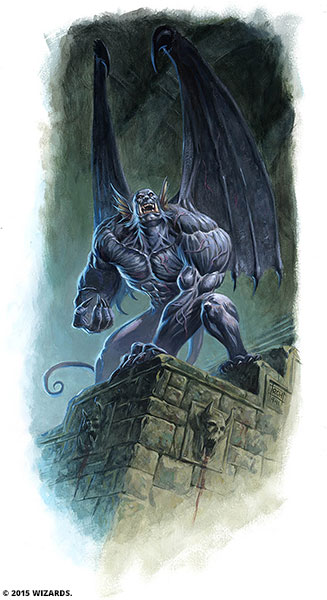 That article also revealed the architect of Fraz-Urb’luu’s imprisonment: the wizard Zagig. This narrative was solidified in his next appearance, in Fiendish Codex I: Hordes of the Abyss (2006), after which the transition to fourth edition D&D revealed more of that story. A pair of articles in Dragon 414 (August 2012) and Dungeon 208 (November 2012) told of “the Iggwilv–Graz’zt affair,” detailing how the witch-queen Iggwilv had helped Zagig imprison Fraz-Urb’luu—and how that led to her later imprisonment of the demon lord Graz’zt and all that developed as a result.

Out of the Abyss marks Fraz-Urb’luu’s second adventure appearance, following a few paragraphs in The Throne of Bloodstone. As befits his long history as Prince of Deception, the demon lord naturally takes on the role of deceiver in the Rage of Demons storyline season. However, his wariness of returning to the Material Plane after being imprisoned on it for so long also guides his appearance in Out of the Abyss—and might grant savvy adventurers insight into overcoming his power.