Dragon Talk comes to you remotely this week as we all are social distancing and doing our part to help "flatten the curve"! In our introductions and news, Greg and Shelly talk Monster Madness, Explorer's Guide To Wildemount and the just announced Mythic Odysseys Of Theros! In Sage Advice, Jeremy Crawford stops in to talk about rules you may have skipped over in the Player's Handbook. Our special guest this week is a very special table top role player known for her work on Sirens of the Realms, Saving Throw Show and Critical Role: Honey Heist 3, Krystina Arielle! 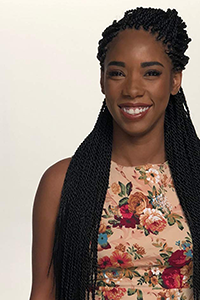 Krystina Arielle is a table top role player. She is the 2020 PAX table top gaming ambassador. She has played Orisha on Sirens of the Realms, Rawr Gardless on Saving Throw Show, and Bearah Pawcett on Critical Role: Honey Heist 3. Krystina played at DND Live 2019 as Orisha in the Descent to Avernus game dm’d by Marisha Ray.

She is the dnd communities second foremost expert on The Real Housewives and Vanderpump Rules after Shelly Mazzanoble. Known as DND Beyond-ce. Queen of the Bards at DND live and she loves her community.