This week, we're joined by Extra Life donor and Dungeon Master Nick Roth for news and introductions! Later In Lore You Should Know, we are joined by Chris Perkins to discuss the geography of Wildemount! Our special interview guest this week is Bill Allan (along with two of his students, Jordan & Jennie), a teacher at Lyons Township High School where he leads the media program, produces D&D with High School Students and is the official video crew (along with his students) at Gen Con & Gary Con!

12:06: Lore you Should Know with Chris Perkins 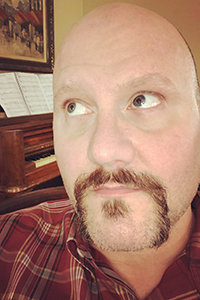 Bill Allan is a teacher at Lyons Township High School for the media program. He produces "D&D with High School Students", and he and his students have also been the official video crew at Gen Con and Gary Con (where they produced the Dragon Talk livestreams with Greg and Shelly). They also have their own convention, Lyon Con, which is entering its 3rd year, and will be held February 22-23, 2020.

You can find Bill on: