Article Omega Jones, Lore You Should Know on Ten Towns

We’ve got a lot of news to cover in our introductions, including D&D Celebtration, Tasha’s Cauldron Of Everything, Curse Of Strahd Revamped and more! Later, the mighty Chris Perkins returns for an Icewind Dale: Rime Of The Frostmaiden edition of Lore You Should Know, talking all things Ten Towns. Our special guest this week is actor, vocalist and TTRPG content creator, the Critical Bard Omega Jones!

14:30: Lore You Should Know with Chris Perkins 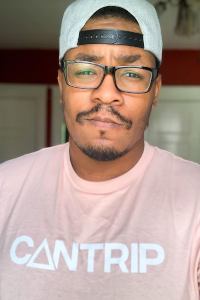 Omega Jones, also known as the Critical Bard, is a professional actor & vocalist & TTRPG content creator. One may have seen him as Kuzima, the Dragonborn Druid/Cleric on the D&D show, D4. He is the jingle artist for Critter Hug, a monthly show produced by Critical Role, and is the creator & host of the #BLACKAFRoundable, a series of talk shows showcasing black voices & the realities of racism within the tabletop community.