During the introductions and news, Greg and Shelly celebrate the release of Betrayal at Mystery Mansion, recently released Mythic Odysseys Of Theros, and the forthcoming release of Icewind Dale: Rime Of The Frostmaiden coming your way September 15th! This week in Lore You Should Know, we welcome back Adam Lee to talk Erebos and the underworld in Theros. Our special guest this week is TV and film actress known for her work on How to Get Away with Murder, The Newsroom, The Office and current cast member of Girls Guts Glory, Kelen Coleman! 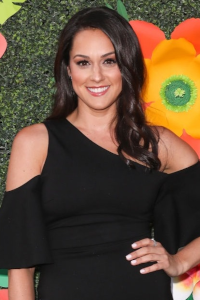 Kelen Coleman is a tv and film actress. You may have seen her in How to Get Away with Murder, The Newsroom, The Office, Big Little Lies, and Me Myself and I, among many others.

About 4-5 years ago Kelen and some other actress, musician, writer, & content creator/gamer friends decided to get together and learn how to play D&D. They were over the preconceived notion that D&D was "nerdy" or "for boys". They were all proud geeks & fantasy lovers, after all, so they took it upon themselves to learn and then film themselves as they dressed up and played a campaign. Wizards of the Coast found out about them and they have been collaborating ever since. Girls Guts Glory (as they call themselves) have now done many live streams, a podcast campaign, and are getting ready to launch a new campaign on their own twitch as well as D&D’s twitch channel.

You can see Kelen in 3 upcoming movies and on the future live stream. For more info, follow @kelencoleman & @girlsgutsglory on instagram/etc.