Article Jim Zub and Jody Houser, How To DM with Jeremy Cobb

In D&D news, Greg and Shelly go behind the scenes on all of our upcoming releases! Later, we’ve got another edition of How To DM as Shelly is joined by Jeremy Cobb, co-host of the podcast Three Black Halflings. For this installment, Jeremy goes into depth on how to home brew games. In this week’s interview, we are joined once again by two very special guests Jim Zub and Jody Houser who give us all the details on their brand new Stranger Things and D&D comic book series!

Dragon Talk: Jim Zub and Jody Houser, How To DM with Jeremy Cobb 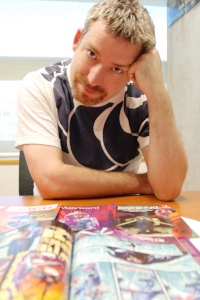 Jim Zub is a writer, artist and art instructor based in Toronto, Canada. Over the past twenty years he’s worked for a diverse array of publishing, movie and video game clients including Marvel, DC Comics, Disney, Capcom, Hasbro, Cartoon Network, and Bandai-Namco.

He juggles his time between being a freelance comic writer and a professor teaching drawing and storytelling courses in Seneca College’s award-winning Animation program. 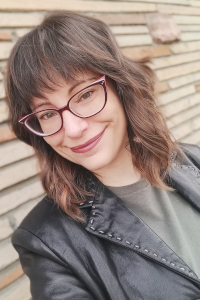 Jody Houser is a New York Times best-selling comics writer who has worked on such series as Stranger Things, Critical Role, Star Wars, Doctor Who, and Spider-Man. She is the co-writer of Stranger Things and Dungeons & Dragons, launching this fall.