Have you checked out all the great shows on our Twitch channel? Greg & Shelly open our show with the latest D&D news, along with mentioning some of the great shows streaming on twitch.tv/dnd right now that will both entertain and help you with your own virtual games! Later, our very own Kate Welch returns for another episode of Random Character Generator! Make sure you check out the D&D Beyond character sheet to use in your own games as well! Our special guest this week is actor and comedian Jeff Cannata! 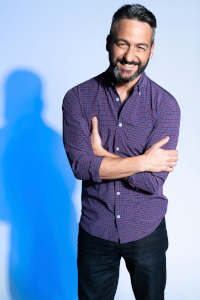 Jeff Cannata is an actor and host best known for his numerous internet shows. He started one of the first video podcasts - the Totally Rad Show - with Alex Albrecht and Dan Trachtenberg back in 2007, and has created and hosted numerous geek culture programs since then, for TV and the web.

Currently, he hosts the popular video game and tabletop gaming podcast, DLC on 5by5, the long-running movie and television review show /Filmcast on slashfilm.com, and the award-winning comedy/science podcast We Have Concerns. He is also the Dungeon Master for The Dungeon Run on Caffeine, the television-quality longform D&D show hosted by an animatronic mind flayer!