We’re back from our break and coming at you with all the brand new D&D news you may not have heard about!  Afterwards, Ari Levitch returns for another edition of Lore You Should Know. This week we finish up our series on deities of Theros, closing it out with Keranos and Nylea. Our special guest this week is streamer, cosplayer, and creator of the #DnDFitness hashtag, Jay Tallsquall!

16:27: Lore You Should Know with Ari Levitch 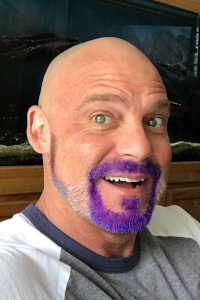 Jay Tallsquall was the Dungeon Master for a homebrew campaign, The Vice, which streamed for charity on twitch. With its final 140th session in June the stream had raised in excess of $17,000 for over a dozen different charities over its 3 year run. In addition Tallsquall is a proud member of the Asexual (Ace) and LGBTQIA+ communities as well as being the creator of the #DnDFitness hashtag and fitness cosplayer.

Tallsquall rediscovered D&D and 5e through Critical Role after having last played 2e back in college and remains a huge fan of the show to this day.