This week is all about Mythic Odysseys Of Theros and Explorer's Guide To Wildemount! Greg & Shelly also keep you updated on the latest happenings with D&D in our news and introductions. This week in Lore You Should Know, we are joined by D&D Narrative Designer Ari Levitch, who goes in depth on Gods of Theros in general, then more specifically Mogis & Iroas! Our special guest this week is cartographer for Explorer's Guide To Wildemount and fantasy map making extraordinaire, Deven Rue!

09:58: Lore You Should Know with Ari Levitch 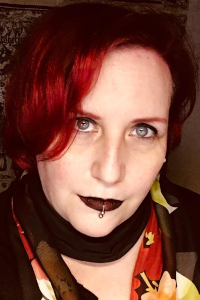 Deven Rue is a visually impaired professional fantasy cartographer & illustrator for the D&D community.  When she’s not creating maps, she’s encouraging inclusion, diversity, and accessibility within the community.  She mostly plays a ranger or druid, has a huge dice collection, is hoarding minis, and lives for the storytelling aspects of the game.

You can find her on: