Greg and Shelly discuss the recently announced D&D version of The Great Dalmuti, releasing on November 17th! Later, Adam Lee returns to talk about deities of Theros; this week focusing on Phenax. Our special guest this week is the DM for Plot Hunters and cast member of Indoor Recess, C’loni Bailey! 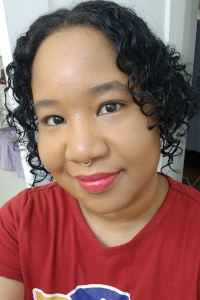 C’loni Bailey is the dungeon master for Plot Hunters, an all-POC LGBTQ+ D&D Twitch stream and podcast. She is also a cast member of Indoor Recess who are currently playing the Mythic Odysseys of Theros on the D&D Twitch channel.

C'loni has guested on Tales from the Mists and ran a podcast game at D&D Live 2019. C'loni has been playing D&D for about 3-years and started her DMing career live on stream with Plot Hunters. She loves DMing more than playing but is learning to enjoy that too.