Greg & Shelly take a look at the latest D&D news in our introductions as well as give some updates on a few upcoming releases. This week in Lore You Should Know, Adam Lee returns to continue our series on Gods of Theros; this week giving us insight into the deities Purphoros & Ephara! Our special guest this week is our new D&D community manager, Brandy Camel! 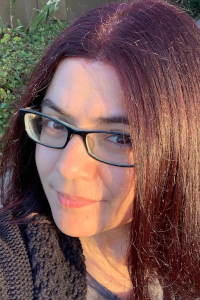 Brandy Camel is a veteran community manager who's recently started work at Wizards of the Coast, leading community for the Dungeons & Dragons franchise. After spending 6.5 years at Blizzard Entertainment on the Diablo franchise, she's returning to her roots in tabletop.

From learning to read by watching her father play TSR Classics like Eye of the Beholder and Pools of Radiance to spending years DMing and coordinating in Living Greyhawk, she has a long, storied history with pencil and paper. She's looking forward to applying her skills to support a community she's long been a part of and hold close to her heart! She DMs, paints, writes, and streams in her spare time, when she can find it.

You can find  Brandy on: