Article B. Dave Walters, How To (co)DM with Dustin Fletcher & Devan Henderson

Greg & Shelly open up the show with our news and introductions, making sure you have everything you need to ensure you can still have a rich virtual D&D experience in the middle of quarantine! Also, more information on the daily free content drop that is still happening every weekday at 5pm PST! This week in How To DM, Shelly is joined by the D4 Dungeon Masters Dustin Fletcher and Devan Henderson to talk all things Co-DMing! Our special guest this week is the writer of Dungeons & Dragons: A Darkened Wish for IDW comics, as well as creator and DM of the A Darkened Wish show streaming on Twitch, B. Dave Walters!

Dragon Talk: B. Dave Walters, How To (co)DM with Dustin Fletcher & Devan Henderson

11:05: How to DM with Dustin Fletcher and Devan Henderson 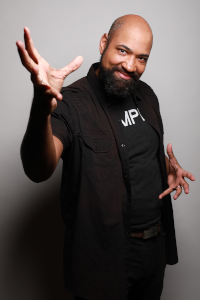 You can find B. Dave Walters on