Article DragonTalk: Rhyan Cassady, How To DM on Character Backstories

Greg and Shelly open with all the latest and greatest D&D news as well as our introductions! Later, Shelly is joined by DM of the DnDeBrief stream Sam Dillon for another installment of How To DM, this week on creating character backstories as well as integrating them into your campaigns.

Dragon Talk: Rhyan Cassady, How To DM on Character Backstories Samuel Dillon is a professor of biology and a long-time D&D player. He is a prolific podcaster, hosting a variety of RPG-focused shows. He currently co-hosts the Edition Wars podcast, which explores the rules and quirks of the various editions of D&D (though no actual wars occur on the show) and DMing for D&DeBrief, a livestreamed 5th edition D&D game featuring after-session commentary and analysis. Lastly, Sam is the chief editor and a frequent host on The Tome Show, the longest running independent D&D podcast, featuring news, reviews, and interviews about our favorite game. 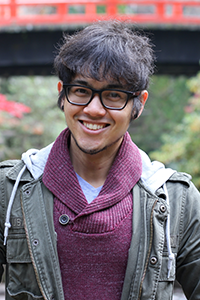 Rhyan Cassady is a podcaster, tabletop game designer, writer, and long time D&D Dungeon Master. He began his D&D adventures in 2011 as a DM with the Eberron Campaign Setting. Ever since then he has been an avid TTRPG fan and is passionate about introducing D&D to others. Currently he is the host and lead content creator for the D&D actual play podcast, Taverns & Caverns. Along with the podcast, he has built an engaging, fun, and diverse online community for those seeking to meet others with the same interests. He is also the game designer of his very own tabletop game, Untold Reverie! Rhyan is continuously looking for ways to share his passion for D&D and is always willing to share his experiences!