Greg and Shelly kick things off with D&D news. The two talk D&D Celebration, the official D&D Discord Channel, The Wild Beyond the Witchlight and much, much more! Afterwards, we welcome D&D Game Designer Sydney Adams to the show for a new edition of Insight Check. Our special interview this week is with long time friend of the show, New York Times best-selling author R.A. Salvatore! 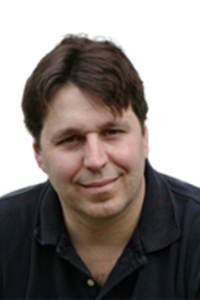 As one of the fantasy genre's most successful authors, R.A. Salvatore enjoys an ever-expanding and tremendously loyal following.

His books regularly appear on The New York Times best-seller lists and have sold more than 30,000,000 copies. Salvatore’s most recent original hardcover, The Two Swords, Book III of The Hunter’s Blade Trilogy (October 2004) debuted at # 1 on The Wall Street Journal best-seller list and at # 4 on The New York Times best-seller list. His books have been translated into numerous foreign languages including German, Italian, Finnish, Greek, Hungarian, Turkish, Croatian, Bulgarian, Yiddish, Spanish, Russian, Polish, Czech, and French.

Salvatore's first published novel, The Crystal Shard from TSR in 1988, became the first volume of the acclaimed Icewind Dale Trilogy and introduced an enormously popular character, the dark elf Drizzt Do'Urden. Since that time, Salvatore has published numerous novels for each of his signature multi-volume series including The Dark Elf Trilogy, Paths of Darkness, The Hunter's Blades Trilogy, and The Cleric Quintet. 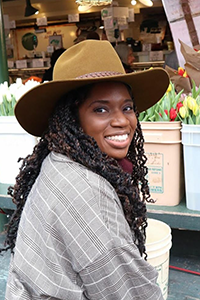 Sydney Adams is a Game Designer for Dungeons & Dragons at Wizards of the Coast. She is best known for her work as the Creative Lead of the Magic the Gathering, Secret Lair: Black is Magic, and as a co-creator of the Planeswalker, Basri Ket. She has also worked on MTG products such as Throne of Eldraine, Theros Beyond Death, Ikoria Lair of Behemoths, Zendikar Rising, and more. Her work has been featured in Polygon, Hipsters of the Coast, and mostly recently on an episode of NPR: Here and Now. Her latest D&D contribution was to Fizban’s Treasury of Dragons.

Your Ticket to Adventure Awaits!

Dragon Talk: Ari Levitch, How To DM with Beth The Bard

Greg and Shelly kick off the show as always with D&D news, including The Wild Beyond the Witchlight and D&D Celebration heading your way September 23rd! Afterwards, Shelly is joined by professional Dungeon...

In opening D&D news, Greg and Shelly talk about all the great upcoming D&D releases and upcoming events! Later, we are once again joined by D&D Community Manager Brandy Camel for another edition of Random...