Article Dragon Talk: Noah Averbach-Katz, LYSK on the Courts of the Feywild

In our opening D&D news segment, Greg and Shelly talk the release of The Wild Beyond the Witchlight as well as get into all the details concerning D&D Celebration heading your way THIS WEEKEND, September 23rd! Later, Greg is joined by D&D Narrative Designer Ari Levitch, for another edition of Lore You Should Know! In this week’s discussion, Ari explains the Courts of the Feywild! Our special interview this week is with actor on Star Trek: Discovery and Dungeon Master of Disco Does DnD, Noah Averbach-Katz! 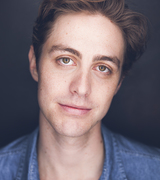 Noah Averbach-Katz is an actor best known for his role as the Andorian “Ryn” on Star Trek: Discovery and as the Dungeon Master of #DiscoDoesDnD, a group comprised of his fellow Trek actors.