Tanya DePass (@cypheroftyr) jumps in for a quick chat during our introductions to update Greg & Shelly on the latest happenings on Rivals Of Waterdeep, as well as everything else she's been up to lately! In this week's edition of Lore You Should Know, Chris Perkins gives us a rundown on the criminal syndicates of Khorvaire. Our special guest this week is streamer, writer and co-creator of the TTRPG Safety Toolkit, Kienna Shaw.

19:45: Lore You Should Know with Chris Perkins 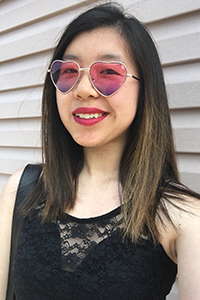 Kienna Shaw (she/they) is a TTRPG streamer and creator who can be found all over the internet. She's part of weekly livestreams on many channels including Tales from the Grim, WebDM, and Salty Sweet Games. Kienna also writes and designs games, from D&D adventures to indie games across a variety of different systems.

When not streaming or writing, she does community work online, focused mostly on uplifting marginalized voices, researching and presenting TTRPG livestream best practices, and advocating for TTRPG safety tools. This includes the TTRPG Safety Toolkit (co-created with Lauren Bryant-Monk), and the research project D&D and Livestreaming: Audience as Narrative Collaborator.