Greg & Shelly talk through Rick and Morty vs Dungeons & Dragons as well as Eberron: Rising From The Last War! Later, we welcome in our very own Jeremy Crawford for a special edition of Sage Advice on spell components. This week's special guest is co-host and producer of Asians Represent! podcast, Daniel Kwan. 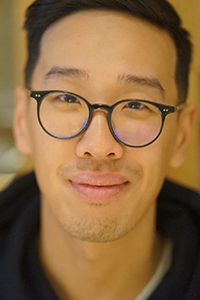 Daniel Kwan is the co-host and producer of the ENnie-nominated Asians Represent! podcast. He is passionate about highlighting the contributions of Asian creators to tabletop gaming and creating a more accessible tabletop gaming industry. Daniel is also the DM of their new “Dungeons & Da Asians” D&D actual play series. Through Dundas West Games, Daniel has published Zany Zoo, Wolf of the South, and is currently finishing Ross Rifles – a trench warfare RPG set in the Canadian trenches of World War One.