Article Dragon Talk: Murph from NADDPOD & How To DM with Dan Dillon

Kate Welch sits in as co-host with Shelly this week and discusses her very first experience being a Dungeon Master! Later, we debut a new segment, How To DM! Shelly Mazzanoble interviews D&D game designer, as well as Dungeon Master for The World Tree Burns for Kobold Press, Dan Dillon. This week's special guest is writer, performer and Dungeon Master of Not Another D&D Podcast, Brian Murphy.

Dragon Talk: Murph from NADDPOD & How To DM with Dan Dillon 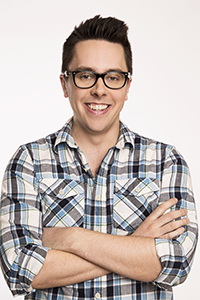 Brian Murphy is a comedy writer/performer and the Dungeon Master of Not Another D&D Podcast (NADDPOD)! His previous projects include CollegeHumor, Adam Ruins Everything, and Hot Date (PopTV, Netflix).